Kenya’s unique highland grasslands and wetlands in Nyandarua County are not included in any protected areas and are rapidly declining. The communities here practice intense small-scale agriculture modifying the previously native continuous grasslands and undisturbed wetlands that are used by the endangered Grey Crowned Crane. A growing human population has put more pressure on the land, leading to smaller average land holdings from fragmentation. The remaining grasslands and wetlands on the Kinangop Plateau and areas around Lake Ol’ bolosat are now mainly modified grazing land. In 2000, it was estimated that grassland covered just 50% of the plateau and in 10 years i.e., by 2010 only less than 10% was estimated to be remaining. These montane grasslands and wetlands are home and breeding grounds to specialized highland grassland biodiversity including the endangered Shape’s Longclaw and Grey Crowned Cranes. Despite their unique ecological importance, the habitats receive very little conservation efforts. The efforts are usually uncoordinated while the threats are enormous and diverse. This is worsened by their very little potential of attracting conservation funding being unprotected and privately owned. Major identified and rampant threats to the Grey Crowned Cranes include eggs and chicks collection, poaching for meat, degradation of habitat from burning and overgrazing as well as invasive plants or species. 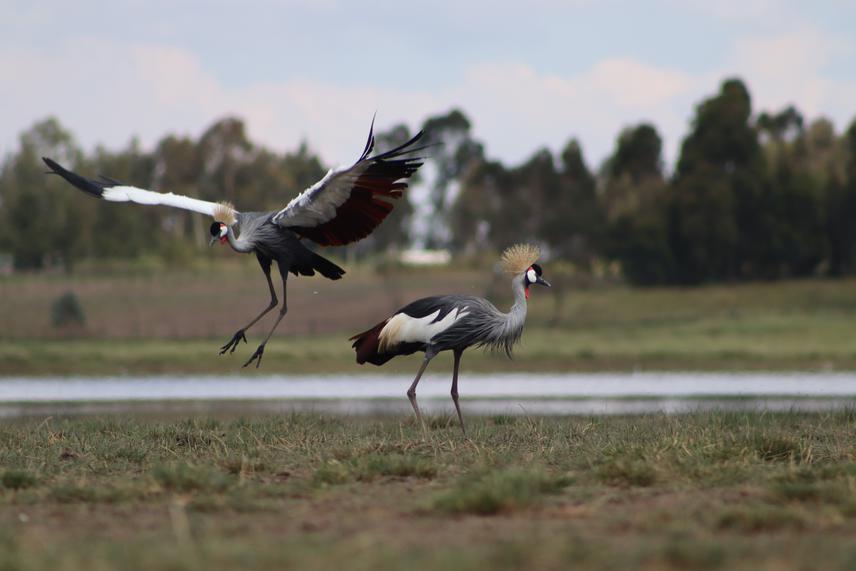 These threats have serious impacts on breeding success and thus on population of the threatened species in Lake Ol’bolosat and Kinangop Plateau Important Bird Areas. Increased partnership, especially at the grassroots levels, to engage the landowners and communities around wetlands are vital and of high priority as the target audience and stakeholder of this project. This is because conservation of these grasslands and wetlands solely depends on their goodwill, capacity and willingness.The project will be implemented in Nyandarua County, Kenya in its two important bird areas; Lake Ol’Borosat and Kinangop Plateau both hosting a substantial numbers of endangered Grey Crowned Crane. To stop and reverse threats in this IBA,S, this project will effectively involve local private habitat/land owners in habitat conservation through building their capacity to manage habitat for optimal biodiversity and livestock benefit. It will provide sustainable livelihood option and create awareness on importance of species and site conservation.