We aim to determine the status of the amphibian diversity from the Serranía de los Paraguas. Then, we could identify the impact of our changing world (e.g., climate change, earth warming, pollution, habitat loss, etc) in the frogs inhabiting the Serranía de los Paraguas. In consequence, we will determine particular species endangered and the potential threats affecting the biodiversity of Amphibians found in the area. Likewise, we will establish strategies to monitor those species. Lastly, the results obtained in this project will allow elucidating new findings related with the biology of amphibians, and identifying new questions of interest for posterior researches. 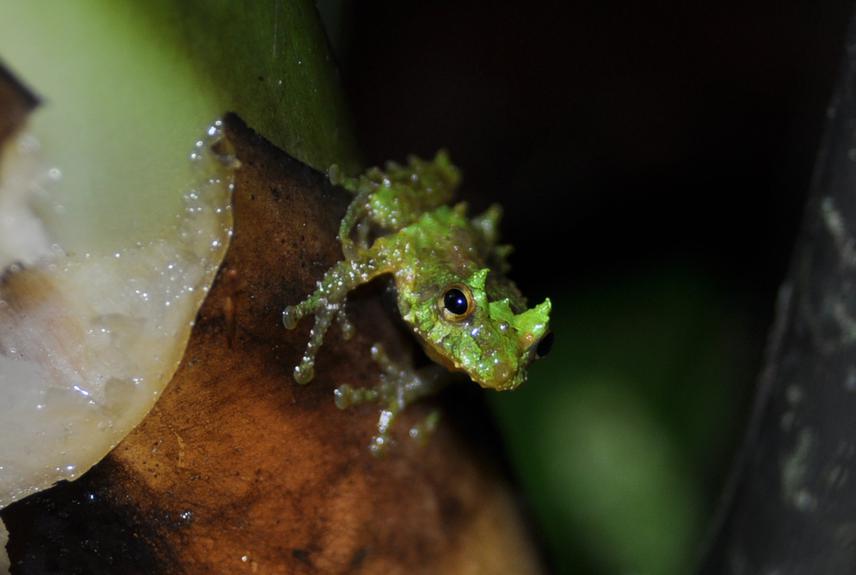 The western slope of the Colombian Andes forms a relatively small part of one of the most species-rich tropical biomes - the neotropical montane forests.

Within this region, it is located the Serranía de los Paraguas, a site where previous studies found a substantial diverse fauna of amphibians with approximately 38 species and high levels of endemicity, being one of the most diverse places in the world. Lynch and Grant (1998) published a paper about an unusual encounter of dead frogs of seven cloud forest species during an unusually dry period. Although this event was initially related with a collapse of a rich fauna, subsequent studies shown that the populations were healthy. Much of the supporting evidence about of the real status of the amphibian’s diversity in this area has been either anecdotal or derived from short-term surveys; nonetheless, several species have disappeared indeed. To date, seventeen species known from the Serranía de los Paraguas are included in some conservation concern category of the Red List of Threatened species. Therefore, to know the status of these species is a matter of great importance for amphibian conservation. Considering this, we propose to conduct a standard design methodology to evaluate the current status of the historically rich amphibian fauna in the Serranía de los Paraguas.

In this work we will seek to update the knowledge of the status of threatened and data deficient species, because the baseline data used in the global amphibian assessment for the species known from the Serranía de los Paraguas is derived from original descriptions and from field surveys that have been performed more than one decade ago. We also envisage evaluating the importance of specific habitats and sites for maintaining species, and proposing conservation and management-related strategies. Certainly, our research will be a first step in a long road of investigations focused on ecology, evolutionary, taxonomic, and systematic approaches.