Vocal Behaviour and Dynamics in the Occupancy of Thryophilus sernai, an Endangered Species Endemic to the North of the Cauca River Canyon in Antioquia-Colombia

The Antioquia wren (Thryophilus sernai) is an endangered species with restricted distribution, endemic to the north of the Cauca River Canyon in Antioquia (Colombia). This species was recently described, so relatively little is known about it. Antioquia wren mainly inhabits dry forest cover, a type of ecosystem with a marked seasonality with a period of low rainfall that lasts between 3 and 4 months a year. This ecosystem is in critical danger, particularly in the Cauca River canyon in Antioquia, due to activities of anthropic origin such as deforestation, mining, and landscape transformations. These interventions mean that this dry forest ecosystem is currently a territory with very heterogeneous coverage, dominated mainly by pastures and open spaces. 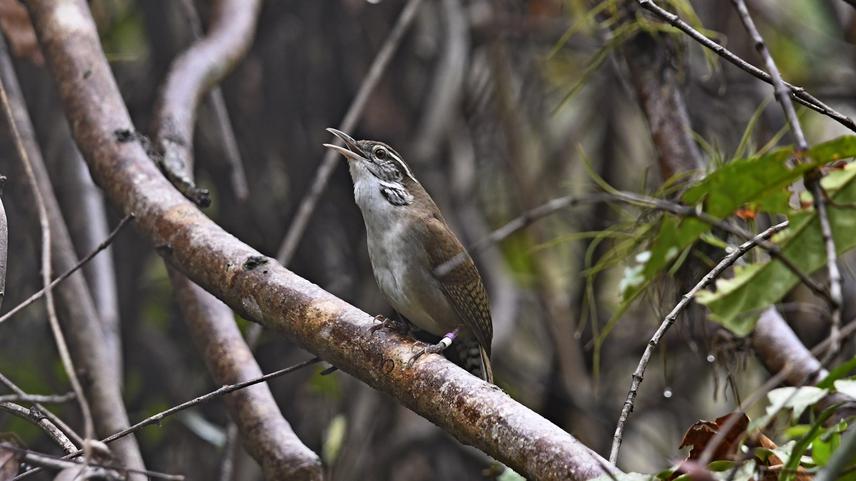 Antioquia wren populations are in apparent decline because most of the dry forest in its distribution area has been transformed (~81%) being the loss and transformation of native covers in the region the main threats to which this species faces Under this scenario, studies are urgently needed to understand how the paisa wren is relating to its remaining habitat and how it responds to a highly heterogeneous landscape. To address these objectives, effective monitoring is necessary. Passive acoustic monitoring can represent a monitoring technique that allows, through the provision of autonomous recorders, to acquire information at a regular rate, complementing the data obtained through sampling based on human observations. Acoustic monitoring makes it possible to collect data for long periods of time in remote areas, being able to obtain a large volume of standardized data. These data can be efficiently analysed using occupancy models, obtaining a direct measure of the sites occupied by the organism, and allowing to recognize which variables help to explain its presence or absence. In addition, through monitoring with several seasons, it is possible to explore and understand which variables can explain the dynamics of extinction and recolonization of the available territories. Our objective is to describe the spatial and temporal variation in the vocal activity and the dynamics of occupation and abundance of Thryophilus sernai in a highly disturbed environment in the northern area of the Cauca River Canyon in Antioquia using different methodologies: directed recordings, censuses and passive acoustic monitoring. This can help identify the most important and necessary conservation measures to increase the number of occupied sites, improving the conservation efforts that can be carried out on the species.