Population Biology of a Hispaniola-Endemic Bird Species, the La Selle Thrush (Turdus swalesi): Applications to the Management and Conservation of the Species

The island of Hispaniola, shared between two countries, the Dominican Republic to the east and the Republic of Haiti to the west, is considered a reservoir of species in terms of biological diversity, with a very high rate of endemism and the greatest diversity of bird populations in the insular Caribbean. It is home to about 300 species of birds, 31 of which are considered endemic. Among them, the La Selle Trush, Turdus swalesi, is one of the last endemic bird species described in Hispaniola, currently classified as "vulnerable" on the IUCN red list. Its range appears to be restricted to the Massif of La Selle in Haiti, where the type specimen was first collected on 11 April 1927 in a dense patch of cloud forest just below the summit of La Visite mountains , before populations were discovered a few decades later to the east in the Dominican Republic, in the adjacent Sierra de Bahoruco mountains at Pie de Palo and north of the deep Neiba Valley/Cul de Sac Plain, separating the Bahoruco Mountains from the lush forests of the Sierra de Neiba. 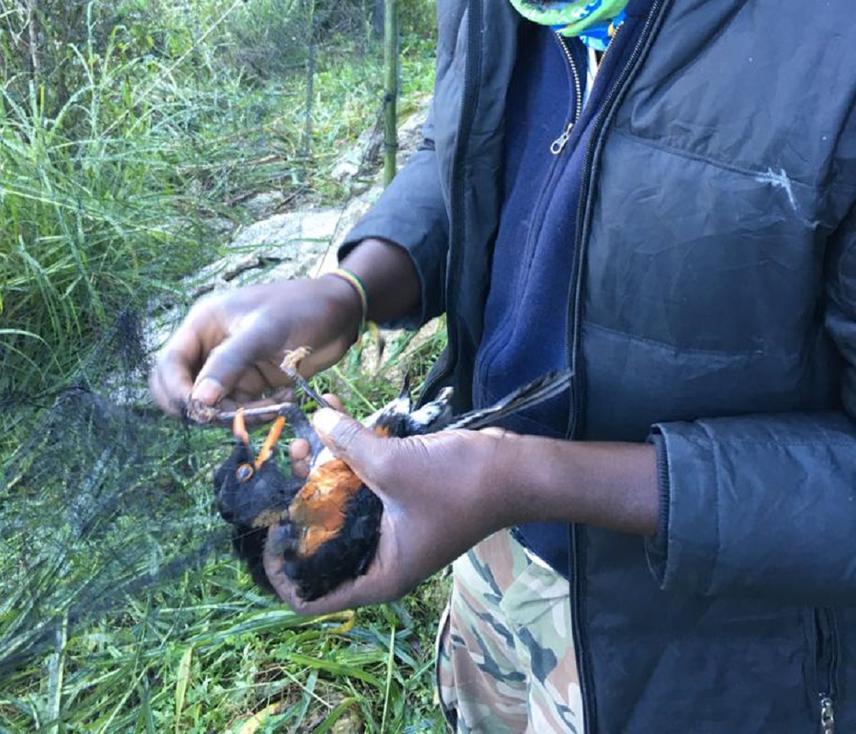 Me removing a La Selle Trush, Turdus swalesi, in the mist nets during the Capture-mark and recapture session.

The La Selle Trush was considered a very common species since its discovery in 1927, until 1986. However, in recent years a strong decline of the species has been observed in its range, and according to IUCN the global population of the species is estimated between 1500 and 7000 adult individuals in 2018, although there is a lack of precise and reliable quantitative data on its demographic trend. In this context, we propose to develop this research project. In order to obtain the necessary data for a good management of the species, this research project has 3 major objectives: To make a demographic follow-up of the Haitian populations of the La Selle Trush, Turdus swalesi; to study the level of genetic differentiation between the different subpopulations of the species, Haitian and Dominican; to study the selection of the habitat in relation to the evolution of the deforestation in Haiti during the last 30 years