The proposed project is aimed to measure current wild population of N. clipeata and to raise public awareness towards the pitcher plant conservation and its natural habitat. 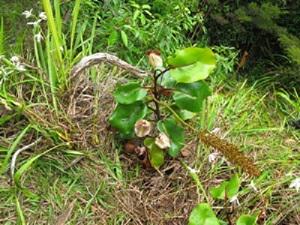 N. clipeata is an important plant species which is protected under Indonesian law, and categorised as critically endangered species according to the 2009 edition of the IUCN Red List. The only known habitat of the species is Mt. Kelam in Sintang, West Kalimantan. Despite the fact that the pitcher plant is protected under Indonesian law, N. clipeata suffers from massive illegal harvesting. It is predicted that the wild population of N. clipeata has been declined over the past few decades. 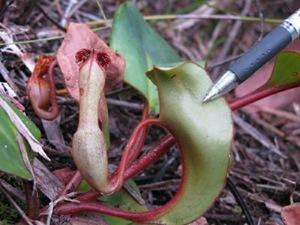 The last estimation of wild population by M. Jebb in 1995 mentioned that there are only 15 individuals left (Clarke, 2006). Unfortunately, this situation receives little attention among conservation practitioners working in the region. If this continues, the critically endangered species will soon be vanished from its natural habitat. 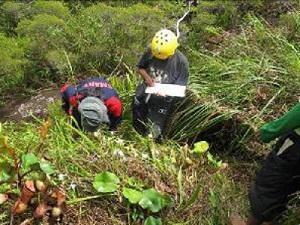 The proposed project is aimed to measure current wild population of N. clipeata and raise public awareness towards the pitcher plant conservation and its natural habitat. Therefore, a series of conservation programs will be carried out. First, we will measure wild population of N. clipeata on Mt. Kelam. Census approach will be employed for at least three reasons: restricted distribution of the species, small population and recognisable counting units.

Second, we will develop and produce campaign materials, such as t-shirts, posters, flyers, and key rings. The campaign materials will then be used for school visits and village meetings, and distributed to important target groups (e.g. local government officials, conservation clubs, mountain climbers, NGOs). Students and local communities around Mt. Kelam will be target groups for the programs.