Talbotiella gentii is one of the few endemic forest trees in Ghana. The evergreen tree is classified as Critically Endangered according to IUCN Red List of Threatened Species despite being given one of the highest conservation statuses in Ghana. Anthropogenic activities such as agriculture, fuelwood collection and forest fires have been the key drivers of the species to annihilation. Given the importance of the species and the increasing threats to its existence, there is a critical need to create awareness on its endemism whilst devising an alternative to the use of T. gentii, hence, the aim of this project. 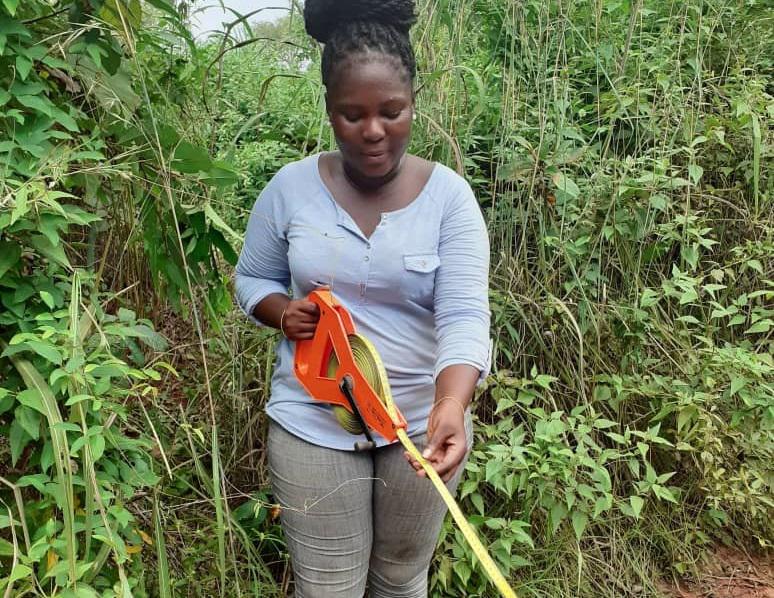 This work will provide baseline information about T. gentii and its habitat due to the little information about ecological database which is of a critical issue to stakeholders. Secondly, we will be documenting habitat threats (anthropogenic activities) of its habitat will be described by recording habitat related issues of the forest reserve. Additionally, this project will contribute behavioural change through educational outreach and awareness creation. We will then undertake an inventory of the species within an area of 100m × 100m each couple with measuring the diameter of the trees (Diameter at Breast Height) on randomly laid plots. A map showing the locations of the species will be developed using ArcMap version 10.5. We will organise workshops for all relevant stakeholders (Traditional Leaders, District Assembly, Opinion Leaders, Community Members and selected Volunteer Groups) in connection with the Juaso Forest District. The workshop would focus on the endemism of T. gentii, its local and global significance, and bush fire prevention, the conservation status of the species, its major threats and conservation needs.

An increased understanding of the local and global biological significance of the species, its habitat and the urgent need for its conservation would be created whilst enhancing indigenous knowledge on bush fires, its prevention and control measures. This would ensure best practices that safeguards the species and its sustainability.