The Galapagos archipelago is an area of unparalleled biological and conservation value due to its high levels of endemism, biodiversity and as a ‘natural laboratoryʼ for science. However, human disturbances have increased drastically in the last 30 years, creating a major challenge for biodiversity conservation. The Galapagos archipelago is home to 34 native species and several subspecies of landbirds, of which 16 are endangered and one has recently gone “Extinct” by the International Union for Conservation of Nature (IUCN) standards. Concerningly, studies have shown a pronounced and continued decline in bird populations since 1997, which has been strongest in the agricultural zone. 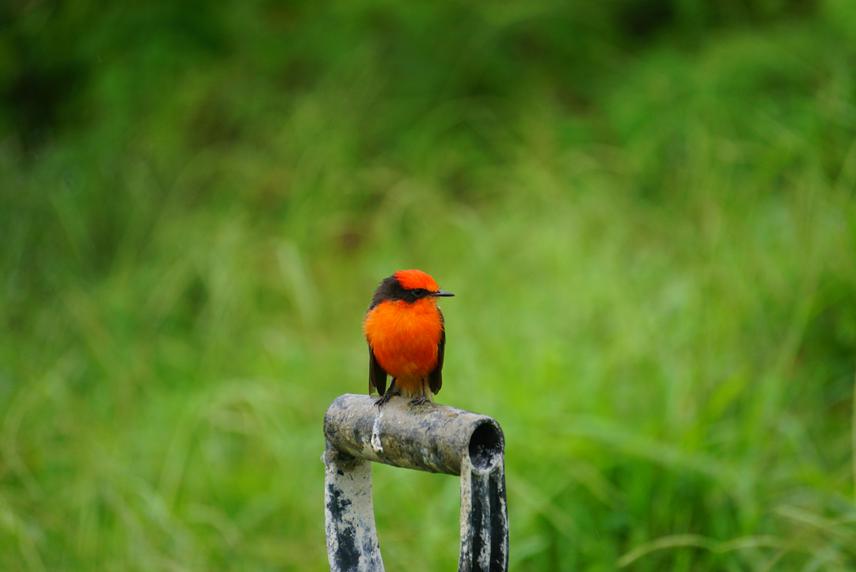 Our project will focus on (1) building local capacity and good relations with the farmer community of the agricultural zone of Santa Cruz island to advance landbird conservation research; as well as (2) providing an understanding of landbird-farmer relationships through the ecosystem service framework to inform a landbird conservation plan. More specifically, we will mentor a local student-scientist to investigate disservices landbirds provide to farmers through disservices observations. Together with the student, we will also quantify landbird services and disservices through exclosure experiments and test measures which farmers can use to help address bird disservices as a manner to help increase support for landbird conservation. Additionally, we will also hire a local field assistant to help investigate the services landbirds provide to farmers, particularly pest control services. Finally, we will produce short videos to communicate our work to the community.