Distribution of Laterallus Spilonota on Santa Cruz Island, Galapagos, and Assessment of the Role of Habitat Disturbance and Interspecific Competition

The Galapagos Rail, Laterallus spilonota, is an endemic species from the Galapagos archipelago. According to IUCN it’s classified as Vulnerable having already experienced local extinctions on 2 islands of the archipelago. Populations of this species are on a declining trend most likely because of habitat degradation and land conversion for human-based activities like agriculture. This species suffers from negative association with invasive species mainly introduced mammals and – especially in Santa Cruz Island – invasive plant species such as Cinchona pubescens. Even though the species responded positively to management actions of C. pubescens, on the highlands of Santa Cruz Island, last surveys from 2000 and 2007 confirmed a negative population trend. 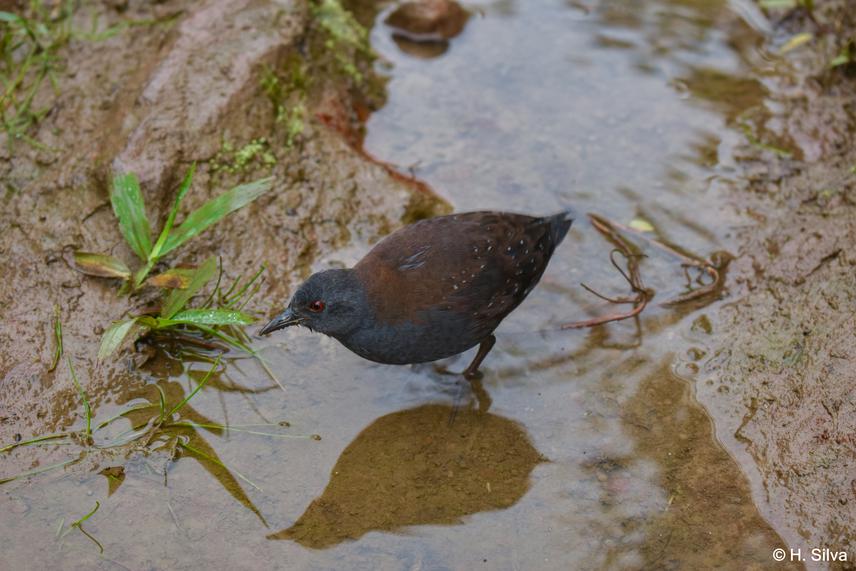 Our project aims to study the current population of the endemic Galapagos Rail (Laterallus spilonota). The study will be carried out in the highlands of Santa Cruz Island from the village of Bellavista to the highest point of the island at Cerro Crocker. This includes parts of the upper agricultural zone, which is mainly pasture, coffee and small-scale fruit and vegetable production, and the fern zone which lies within the Galapagos National Park area and comprises stands of the endemic shrub Miconia robinsoniana, the fern Pteridium arachnoideum and the invasive tree Cinchona pubescens which was controlled in the past 20 years. We are using methods developed in former projects, allowing us to compare our survey results and get up-to-date data about the status of the Galapagos rail population. We are assessing the role of habitat disturbance by studying the vegetation composition, taking into account current restoration efforts done by the Galapagos National Park Directory. We expanded the survey area to the agricultural zone of Santa Cruz to provide new data about the distribution of L. spilonota, as little is known in this area. We will also provide the firsts insights of the possible interaction of L. spilonota with a sympatric species, Neocrex erythrops. According to the results, potential conservation measures within the National Park area and the agricultural zone can be proposed to stabilize the population in Santa Cruz.