Human-snake conflict is an increasingly common problem around the world, stemming from a lack of education about snakes. In many countries where medically important venomous snakes occur, human-snake conflict can often lead to snakebites, which can lead to death if/when untreated. Snakebite is currently a Neglected Tropical Disease that affects hundreds of thousands of people globally and thousands of people in sub-Saharan Africa. For many years, much of the focus in tackling snakebite has been on snakebite management, including developing antivenoms and assessing the properties of various venom. However, it is becoming apparent that in order to prevent snakebite incidences, the focus needs to shift to better understanding and to gather high quality information on distribution, abundance, behaviour, and habitat preferences of venomous snakes and create targeted prevention measures through education and outreach initiatives. As human encroachment increases in many areas, the likelihood of human-snake conflict also increases. To reduce human-snake conflict, education about venomous and non-venomous snakes, snakebite as well as snake safety is necessary. 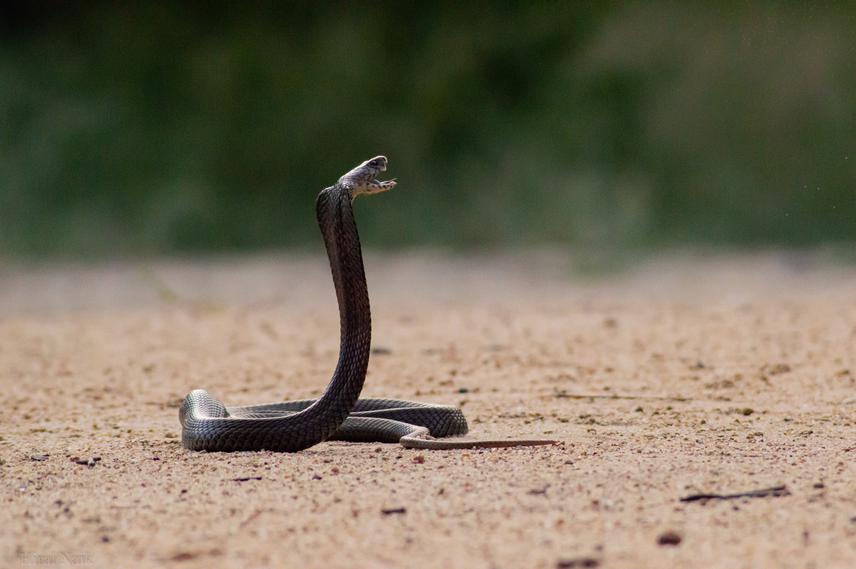 The Hoedspruit area in South Africa has a diversity of venomous and non-venomous snakes, and it is a prime location to explore the interactions between humans and snakes. Due to the fear of snakes, many people in the area also kill snakes and are placing themselves at risk of getting bitten by snakes. This project aims to educate learners from schools, members of surrounding communities and healthcare workers at hospitals and clinics about snakes and snake safety. Secondly, this project also aims to conduct research on the medically important venomous snakes in the area including species such as Mozambique spitting cobra (Naja mossambica), puff adder (Bitis arietans) and black mamba (Dendroaspis polylepis) and understanding the behaviour of these snakes in relation to the people and wildlife in the region. By creating a holistic approach to mitigating human-snake conflict, we hope to not only create improved perceptions of snakes but to reduce the number of snakebites that occur. The goal of this project is to bridge the gap between science and society and promote sustainable conservation practices through education and outreach.