The project aims to map the existing habitat for Great Slaty Woodpecker in central and western lowlands, and also come up with current population estimate for Nepal. The project intends to involve several field researchers to develop field level research capacity and carry out education and awareness work at local and national level. 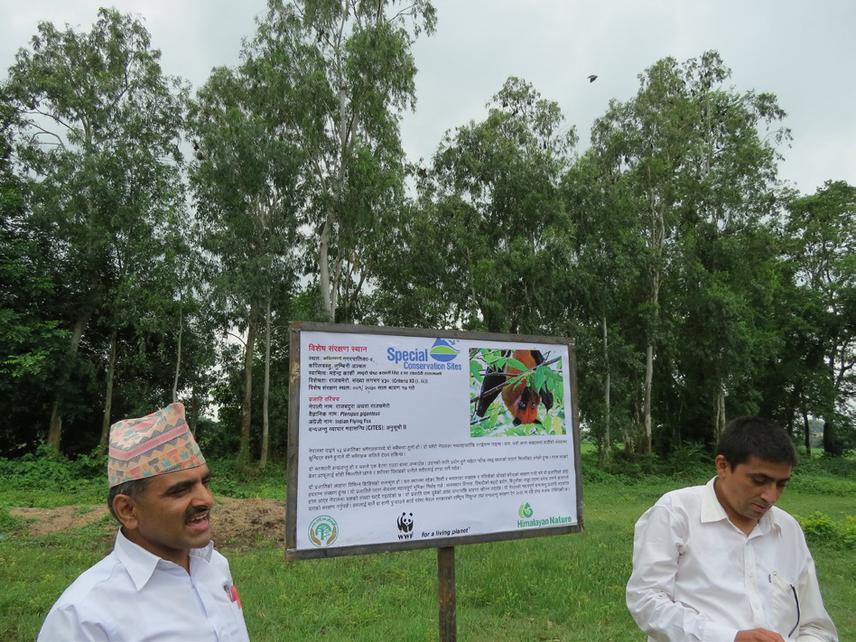 The Great Slaty Woodpecker is the world’s second-largest woodpecker species and is associated with old-growth forests. Between 1990 and 2005, total forest area in its global range was reduced by 15% and primary forest area by 32%. In this period, many range states lost forests including Nepal where the forest cover was reduced to 9446 km² in 2005 from 26236 km² in 1990. This was a nearly 3-fold reduction in the forest types Great Slaty Woodpecker seems to be associated with. As a consequence population decline of this species in Nepal was estimated from 78,708 individuals originally to 6,051 individuals in 2005. In Nepal it is already listed as Endangered in the national red data book. The 2005 population given above for Nepal has been inferred on the extent of forest cover. Unfortunately the real scenario may be far worse and populations may be significantly lower. Following recommendations by BirdLife International and Martjan Lammertink, the current study aims at finding out type and extent of their habitat and population in and outside four protected areas: Chitwan, Banke and Bardia National Parks and Sukla Phanta Wildlife Reserve of lowland Nepal.

The Great Slaty Woodpecker has been recently listed as Vulnerable on a global scale by BirdLife/IUCN in 2010. This listing urges people all over the world to carry out further research, monitoring and conservation work so that the results are beneficial for the conservation of the species.

This study will be the first of its kind in Nepal and possibly the first one in south Asia solely targeted towards this threatened species. The current study will generate information on the status and population of Great Slaty Woodpecker inside protected areas vs outside protected areas. The population estimates will be the baseline data for future monitoring programmes in the country. Other findings such as the habitat utilisation and threats will help devise practical conservation measures. The study also aims at producing education materials and disseminating knowledge through interactions and help of media.