Combating Illegal Trade and Promoting Community-Based Conservation of the CITES-Listed Osyris lanceolata (African Sandalwood) in the ASALs of Makueni, Kenya

Community-Based Conservation of Locally Threatened, Medicinal Securidaca longepedunculata Fresen (Violet plant); For the People, by the People in the Drylands of Kenya

Osyris lanceolata (African sandalwood) is an evergreen, slow-growing, hemiparasitic, and drought-tolerant tree listed under Appendix II of the Convention on International Trade in Endangered Species of Wild Fauna and Flora (CITES) (CITES, 2016). It is threatened by illegal logging and trade for the production of perfumery and medicinal products (CITES, 2016; Mugula, et al., 2021). This is owing to the rising demand for the species’ essential oils from Africa, Europe, the Middle East, and East Asian countries (CITES, 2016). 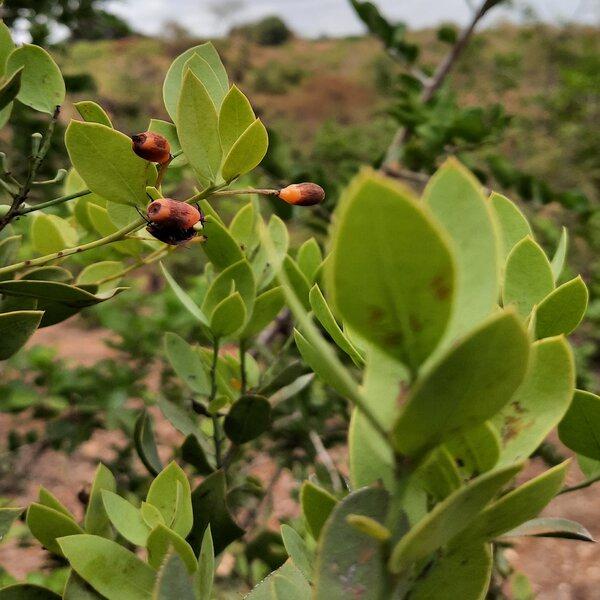 From the previous second Rufford Grant, it was observed that most of the local community members are unaware of the species’ ecosystem and economic value and are lured by sandalwood traffickers to over-harvest and sell its logs to them at US$100 for a full 4-wheel double cabin (Kaniaru & Ngumbau, 2022). Additionally, community members unsustainably exploit the species and its host plants as fuel, resulting in a rapid decline in their population sizes and survival rates. Furthermore, inadequate data on the current status of African sandalwood populations threatens the species’ survival in the wild (CITES, 2016).

3. Increase the population size of African sandalwood and its host plants through mass-propagation and planting in suitable threat-free sites and on-farm as alley-crops and woodlots.

4. Reduce the local community’s unsustainable use of African sandalwood and its host plants as fuel by promoting paper-log briquette use as an alternative, long-term fuel source.