This study aims to evaluate aspects of population ecology such as abundance, generate occupational models and estimate the home areas of the two species under study and compare them between community forest fragments (CFF) and the Montes Azules Biosphere Reserve (Protected area). Besides, it is intended to update information regarding the current threats that aﬀect the distribution and abundance of both ungulates in the Mayan forest. The above to evaluate population trends and generate a habitat suitability model (Habitat Suitability Index; United States Fish and Wildlife Service) for each ungulate population in the study area, as a reference measure for the taking of decisions associated with management strategies and conservation of these species and their habitat in Mexico. 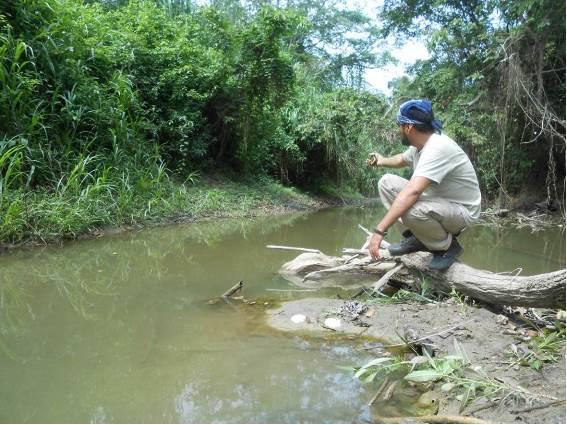 The loss and fragmentation of tropical forests, in addition to overhunting, is decimating the populations of numerous wild vertebrate species, including the Baird´s tapir (Tapirus bairdii) and the white-lipped peccary (Tayassu pecari). Both species are currently in danger of extinction, and fundamental aspects of their ecology are still unknown, such as the size of the area they use for survival (home range) in most of their distribution areas in Mexico. It is important to know and complement aspects of their biology and ecological requirements to understand the relationships between their abundances and their current areas of occupation in regions where populations of both species are historically known to exist, such as the Lacandon forest (or Maya Forest), Chiapas. 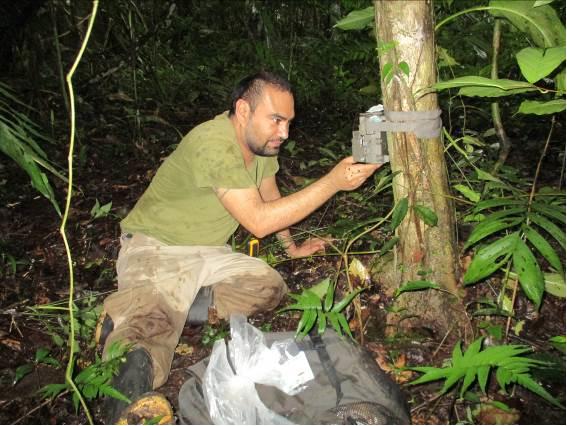 This study aims to generate new or updated information about ecological aspects of the populations, as well as the conservation status of the Central American tapir and the white-lipped peccary and their habitat in the Maya forest. Abundances, home ranges, proportions of habitat occupation, and indices of habitat suitability will be estimated; as well as threats related to hunting and habitat fragmentation will be evaluated for both species down to the landscape level, through photo-trapping techniques, radio telemetry, trail and individual counts, and in-depth interviews with residents of the study area. It is hoped that the information will contribute to the evaluation of the status of the populations, as well as their trends and threats, to support the management and conservation of these species.