The Mount Cameroon Francolin (Pternistis camerunensis) classified as “Endangered” by the IUCN with a declining population of 600-1000 mature individuals is one of the threatened galliforme species little studied. This species has a very small range (200 km2), being endemic to this one mountain, where it faces increasing threats from hunting and deliberate burning of its habitat, causing the retreat of the forest/savannah boundary in some places. The species and its eggs are targeted by hunters and traditional healers. However, its population status and distribution remain unstudied. The population of the Mount Cameroon Francolin has declined tremendously in the past years due to increased anthropogenic pressure in its habitat. Previous ornithological surveys in Mount Cameroon using point count and random walks failed to show up a single individual of the species. 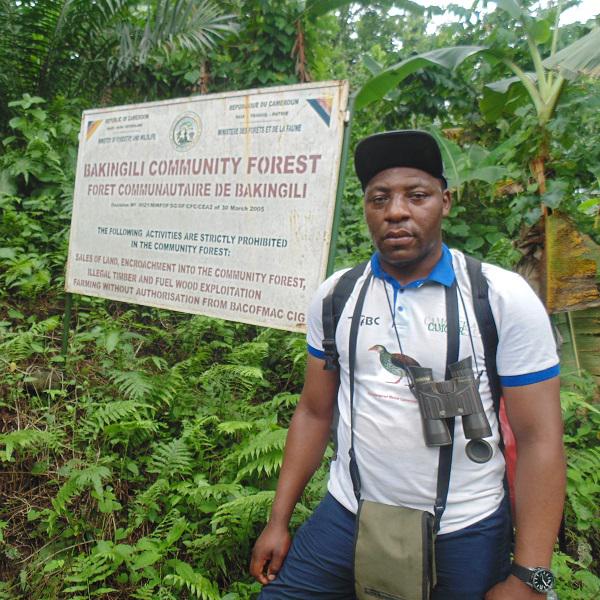 However, we recently carried out a study using call-playback and determined its occurrence in the site. But one thing that surprised us is that the species was absent in many historical sites. Moreover, several historical sites of Francolin eastwards of the Mountain were in areas of fairly intense human activity and in danger of imminent destruction. But it is difficult to quantify the implications of these threats without having population estimates for the affected species. In this regard, it is urgent to evaluate/update the population status of the Mount Cameroon francolin, since such data are critical in prioritizing limited resources for conservation management.