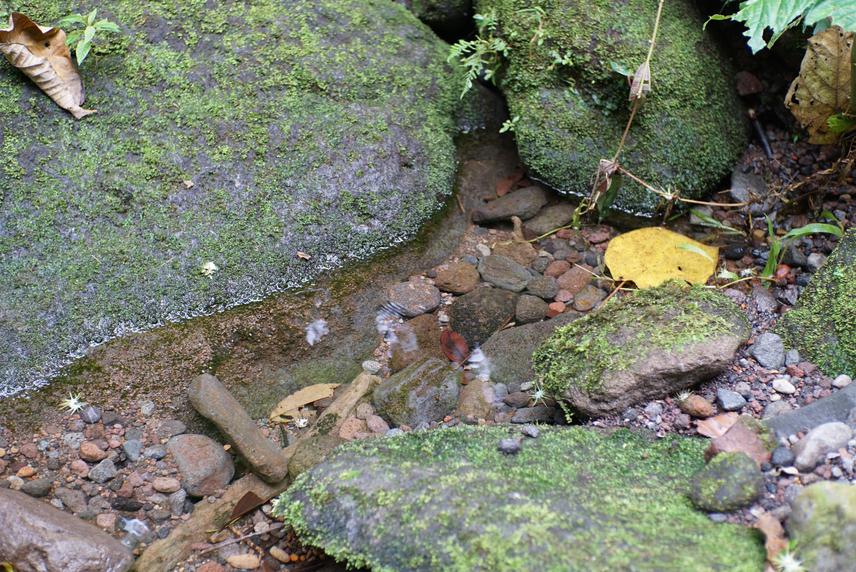 Proper identification of Anuran larval stages is prominent for conservation purposes. It provides an adequate assessment of population attributes as tadpoles mainly occur in a relatively small and a defined area (vs adults that spread across large areas at low density, cryptic, high above the surveyors). Also, examining the larval ecology is important to document the abiotic parameters required for their survival because this stage is a critical life-history phase that mostly depends on the quality and availability of water. Therefore, this work is the basic stage in the conservation effort and would be pivotal in documenting the anuran population fluctuation in the future.

Through this work, (1) we will document the diversity of tadpoles morphology in Lembah Anai Nature Reserve, Province of Sumatera Barat, Indonesia. We will use morphological and molecular approches to describe them correctly. It will help other frog scientists/conservationists to identify tadpole species properly for further tadpole oriented conservation action. Also, (2) we will analyze the key ecological parameters that are required for tadpole survival. To expand the value of tadpole and frog, (3) we will hold an online seminar and field training to local stakeholders to emphasize the importance of frogs and tadpoles existance in the ecosystems.

This project involves multiple field survey, a field training to local stakeholders, an awareness campaign to pupils and laboratory work. We let in stakeholder staff to join us in the field trip alternately in order to build their capacity.

In the context of conservation impact, this project will change the awereness and attitudes of people regarding the importance of anuran and their natural habitat. This project will also contribute to fill the knowledge gap of tadpoles and their habitat that will lead to the establishment of habitat management plan perhaps in some protected areas, e.g. Natural Tourism Parks.