The Volcanoes National Park is known for its rich, endemic, and rare biota in the Albertine rift (Plumptre et al., 2007). This Park has suffered from human pressure in many different aspects and one of the issues it is facing, include the human wildlife conflict mostly caused by large mammals – mountain gorilla, African buffalo, elephant, bushbuck, black-fronted duiker and golden monkey. To address this, the park management together with other partners and local community adopted mitigation strategies to reduce the conflicts and elected a stone wall for preventing buffalo and antelopes from exiting the park but this is not effective for containing primate and carnivore taxa. The presence of carnivores inside the park and high-density population around it, present a threat to the livestock which are exposed to any attack from carnivores although not frequently reported. We think small livestock including sheep, goat, rabbit, and chicken from the local community may be easily preyed by carnivores dwelling in the park including the vulnerable African golden cat. Besides, human dwelling’s proximity to protected areas also expose their livestock to diseases due to interactions with native species. Nowadays, field data on species occurrence and distributions is often collected using camera traps, which are cost-effective and minimally invasive, allowing for 24-hour data collected with little human disturbance (Tobler, et al. 2008). 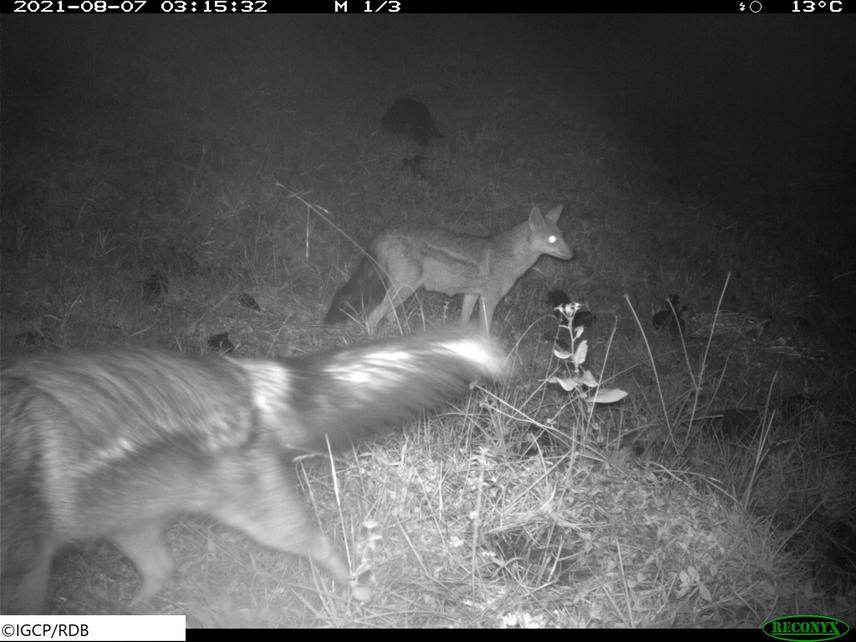 For this study, we propose to use camera traps deployed along the park boundary to capture carnivores using the edge, hence, probably to cross to local community and attack small to medium livestock. There are no buffer zone or carnivore monitoring program in place and current mitigation efforts on the negative effects caused by large mammals such as buffalo’s and antelopes.

This project will allow us to understand the carnivore’s behaviour at the park – local community interface, as well as document their distribution and relative abundance for the first time. In addition, we will detail activity patterns of the different species and temporal variation of species that use the park edge and could be vulnerable to conflict with local communities and may reveal undocumented conflicts. The use of technology in monitoring wildlife populations outside protected areas will provide insights on the existing management gaps and provide new opportunities for better managing wild populations. Results of this study will be used to inform management decisions on the complex interplay of carnivore species to mitigate the conflicts while protecting the carnivores of the park.