This project aims to support Indonesian researchers to investigate and highlight the role of black corals (Hexacorallia: Antipatharia) as fundamental habitat providers (ecosystem engineers) on mesophotic (40 m depth) and shallow (> 30 m depth) reef ecosystems in Raja Ampat, Indonesia. Our objectives include compilation and provision of ecological data of these reefs, as well as diversity and community structure of black corals which is currently unavailable from the area. We expect this baseline ecological information and better understanding of these ecosystems and organisms to serve as scientific fundamentals to encourage regional and global awareness of the relevance of black corals on reefs, which will in turn promote and support conservation initiatives. 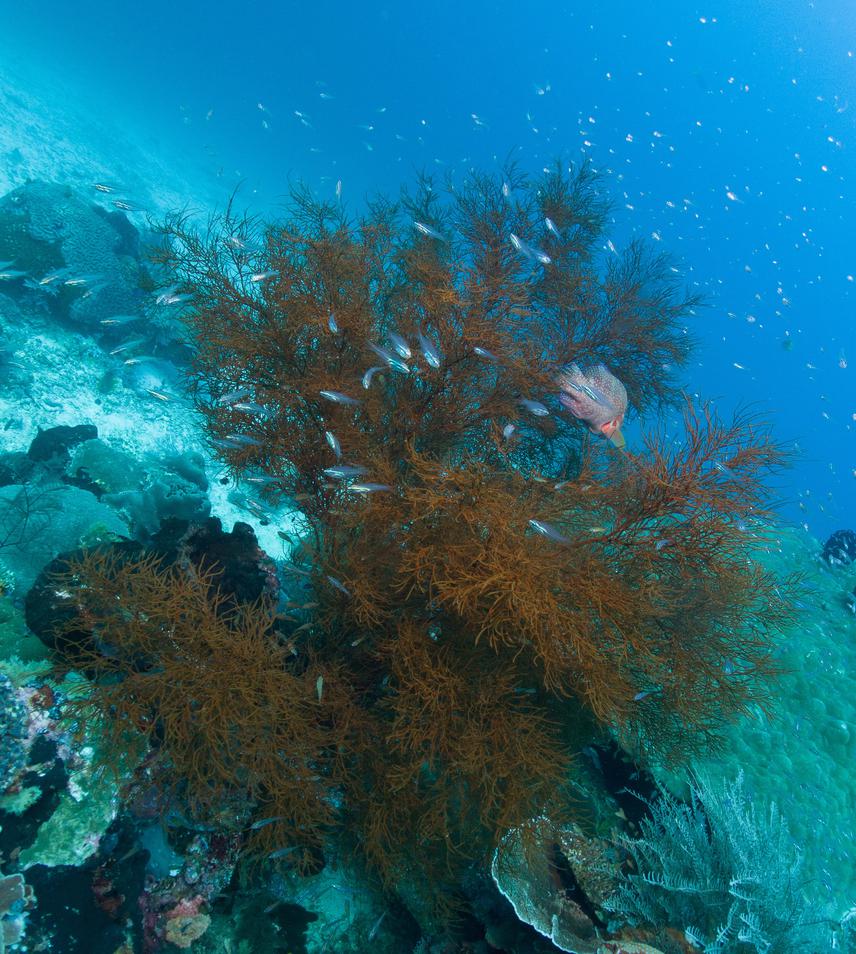 At the epicentre of marine biodiversity, Raja Ampat represents a priority and an opportunity to unveil the potential diversity of antipatharians (black corals) and the role they play on shallow and mesophotic reef ecosystems. The aim of the project is to mentor and build capacity for local researchers and conservationists on:

i) black corals biology and ecology,

iv) communicate their relevance to promote conservation and management.

Ecology of both mesophotic reefs and black corals are still highly understudied subjects globally - yet, several anthropogenic threats on these have been identified. One of the obstacles that has prevented further management initiatives in other regions – and still is - has been the lack of baseline data on antipatharians distribution, diversity, abundance and functional traits. Therefore, we expect to raise awareness, identify threats and increase knowledge on the ecology of these key organisms.

Further research on the project’s topic, particularly from local conservationist and researchers, will support localised management initiatives if in need of them. We expect this baseline ecological information to serve as scientific fundamentals to support global awareness of the relevance of black corals on shallow and mesophotic reef ecosystems, which will in turn promote conservation initiatives at a bigger scale.