This project aims to collect basic data about the threatened species, Neurergus crocatus's ecological niche requirements and preferences, threats and conservation needs in Northwest of Iran. 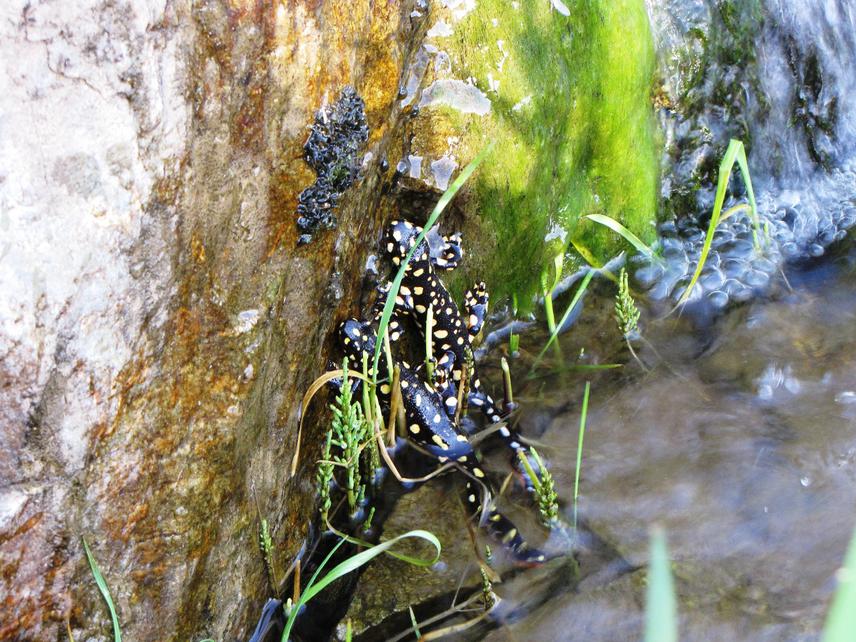 Neurergus crocatus is known as Urmia lake newt or Azerbaijan Newt and listed as “vulnerable” by the IUCN Red List of Threatened species. This newt inhabits in Southeast of Turkey, northern Iraq and Northwest of Iran. Despite the significance of its conservation, there is almost no data about its life history, exact distribution range, ecology and population status. This may be attributed mainly to geographic inaccessibility, permanent ethnic tensions, and decade-long military conflicts. Distribution range of Neurergus crocatus in Iran restricted to West Azerbaijan province, water bodies of northern Zagros Mountains near Iran-Iraq and Turkey borders. Its red list status stresses the importance of project in order to formulate appropriate management and conservation strategies.

Our project will mainly elucidate the current detailed distribution range of the N.crocatus in depth. Extensive field works during their active season will obtain the largest amount of the records that are necessary data for habitat modelling and define the potential distribution range.

In the mean time we will estimate the population size/density and also investigate its specific ecological habitat requirements. This scientific information will help us to assess the threats of N.crocatus and develop future conservation strategies in its natural habitats. So the project will contribute to all these critical knowledge gaps for this threatened species.

Anthropogenic destruction of habitat is a major threat to species survival and significant cause of species extinction all around the world. The most notable threat to this species is habitat loss through divergence of stream for irrigation of cultivated lands, drainage and water conduit for close local peoples' communities, pollution, road construction works, drought and flood. All these single threats combined might lead to the decline and extinction of these species populations throughout its distribution range.

In this project we will focus on increasing public awareness in neighbouring communities and related organizations by educational programs, school presentations, published materials to reduce threats and develop effective management and conservation strategies for the species and its habitat survival. Considering the restricted distribution range of the species and also its susceptibility to habitat change, educating local people and raising awareness about this vulnerable and harmless species and its role in ecosystems would be very important and essential.