This study aims to investigate differences in the nutritional and population ecology of the blue-eyed black lemur, in differently degraded forest fragments. 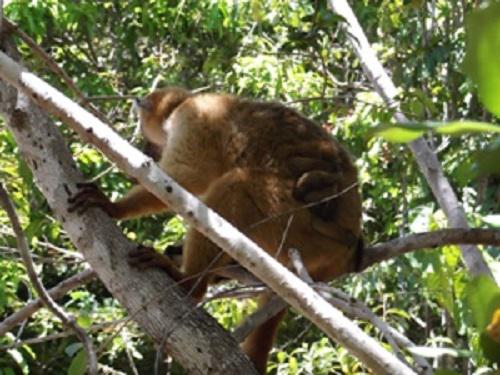 The blue-eyed black lemur is currently one of the world’s 25 most endangered primates (Schwitzer et al, 2009). It is red-listed as Critically Endangered, with an estimated decline in population numbers of >80% over three generations (spanning the past and future) (IUCN, 2011). Eulemur flavifrons is affected by deforestation and degradation of primary forest habitat due to slash and burn agriculture. Previous studies have shown that factors associated with the remaining primary forest fragments that these lemurs inhabit are vital for the continued existence of this species. The Association Européenne pour l’Etude et la Conservation des Lémuriens (AEECL) has established a natural resource management and ecological research programme in the area to monitor and reduce the loss of valuable forest fragments. 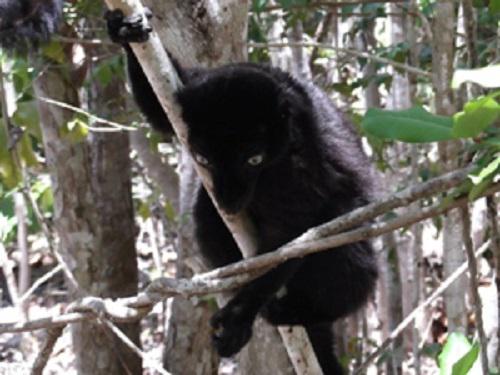 The management and monitoring of the AEECL’s natural resource management and ecological research programme will benefit from the data collected during the proposed project, as it will allow variation in individual energy intake of Eulemur flavifrons between fragments to be ascertained, whilst also recording the effect of this variation on the social interactions within groups. The identification of dietary items and time/frequency spent feeding on them will indicate preferred and critical food sources, which can focus conservation efforts onto those areas most likely to support the long-term survival of E. flavifrons and can also direct reforestation measures. Quantification of individual food (and therefore energy) intake will allow variation in nutritional intake between fragments to be assessed and again can inform conservation strategies, focussing on the protection of fragments that are most likely to support the long-term survival of E. flavifrons. Reforestation measures can be adapted to using those trees that provide key resources for the lemurs. Quantification of behavioural characteristics (agonistic and sociopositive behaviour, etc) will allow the impact of habitat degradation on the population dynamics within groups to be observed. Studying plant phenology in the different forest fragments inhabited by lemur groups, combined with the identification of preferred and critical food sources, can again inform ongoing and future reforestation measures in Sahamalaza and thus enable more targeted species conservation efforts for Eulemur flavifrons.