Wetland Restoration at La Mision: Phase One: Removal of the Exotic American Bullfrog

Worldwide, wetlands are diminishing along with the environmental services they provide. One of the greatest concerns is biodiversity loss, which is attributed mainly to habitat loss, overexploitation of species, and the introduction of exotic species. La Misión wetland is one of few remnant wetlands in Baja California, but it's threatened by the introduction of exotic species like American bullfrog (Lithobates catesbeianus). This species is considered one of the 100 most invasive and ecologically harmful species in the world. 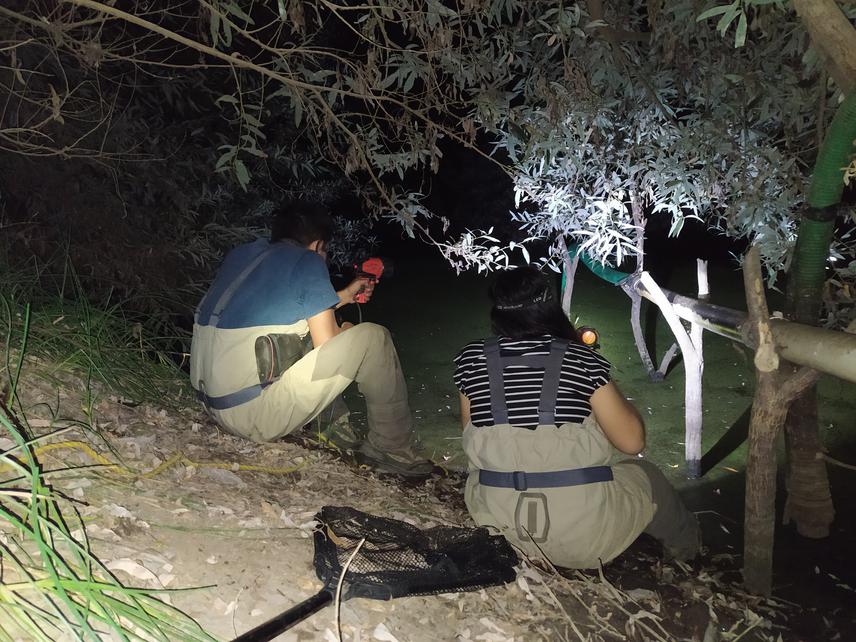 The goal of this project is the removal of the bullfrog as part of our long-term project to restore the wetland at La Misión.

I plan to eradicate bullfrog using several proven techniques: a) Hunting with air rifles; and b) Egg mass and tadpole extractions. Eradication actions will take place once a month for two nights, for 10 months, by two teams of 3 persons each. We will humanely euthanize all bullfrogs depending on the life stage and capture method. When possible, the sacrificed organisms will be dissected to investigate bullfrog diets, which can help document their impact on the native wildlife.

Native amphibian monitoring will be used to measure the success of the project. This monitoring will occur the same days as bullfrog eradication efforts. It is expected that at the end of the 10 months of eradication, there will be an increase in the native amphibian population. In addition, I will conduct environmental education workshops with key stakeholders, on the effects of exotic species and the importance of restoring and conserving the wetland

This will be the first bullfrog eradication in Baja California, I will work closely with California advisors with over 60 years of collective experience in bullfrog eradication. This project will help the recovery of native species and will generate information and methodology that can be used and extrapolated in other areas of Mexico