Integrating the Local Community in the Conservation of Wild Orchids in Kericho Forest, Kenya

Integrating Local Schools in the Conservation of Wild Orchids in Kericho Forest, Kenya

The shift from exclusive government control in conservation to community inclusion in decision-making and implementation of conservation of biodiversity has been adopted in most of the developing world. It is considered a more effective approach because economies of most low-income countries are nature-based (Adams et al., 2003). However, effectiveness of community-driven conservation interventions depends on the extent of their integration with scientifically proven approaches. Empirical studies show a strong linkage between the effectiveness of community-based conservation projects particularly those focusing on endemic and IUCN Red listed species (Lund and Treue, 2008). 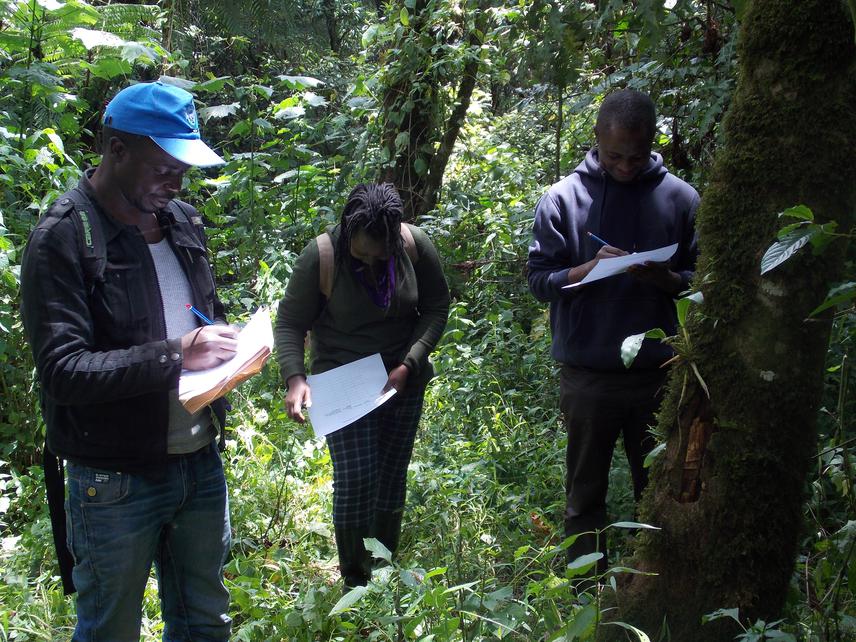 Scientists taking notes on the conservation status of orchids in the forest.

This project has identified four key scientific interventions to be strengthened in order to effectively scale-up successful conservation of wild orchids: (i) creating greater community awareness on the role of orchids in climate resilience, food and medicinal value, ecosystem restoration and wealth creation (ii) building self-belief among communities in terms of being part of the solution to best practices in in-situ and ex-situ conservation (iii) demonstrating the connection between sustainable conservation of wild orchids and overall biodiversity conservation (iv) developing a participatory action plan to guide in-situ and ex-situ conservation of wild orchids. Thus, building on ongoing efforts and learning from their experiences/lessons, the project expects to up-scale its reach from 500 forest adjoining households and 5 schools to at least 10,000 households and 20 public schools. Our goal is to; (1) assess the success rate of ongoing project efforts in conserving wild orchids (2) develop and implement a participatory conservation action plan to address threats to conserve viable orchid populations (3) establish orchid collections for ex situ propagation and storage (4) assess the efficiency, timeliness and cost-effectiveness of different in-situ population augmentation and ex-situ propagation methods at the community level (5) strength the capacity of key stakeholders to generate and implement orchid conservation plans.

This project will be carried out in the Mau Forest Complex (MFC) located within Kenya’s Rift Valley which is the largest indigenous closed canopy montane forest in East Africa. The forest has a rich diversity of fauna/flora serving as a critical water catchment and source to numerous rivers in Kenya and Tanzania (Ogutu et al., 2012). The forest is amongst the richest yet least studied in terms of orchid diversity hosting endemic and endangered orchid species.