Diversity, Distribution, and Ecology of Fishes of Bhutan

This project aims to generate a reliable baseline data on icthyological taxonomy and diversity of Bhutan, with the ultimate goal of providing enough data on the priority fish species of conservation importance. The data will also be used for climatic research and higher education. 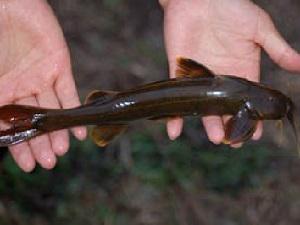 A catfish (Glyptothorax cf. striatus) from a tributary of Mangde Chu.

Due to the rapid development of a series of large-scale hydropower projects along the major river systems of Bhutan (10,000 MW planned by 2020), and in the absence of any reliable nationwide database on the fishes, the need to conduct a systematic species inventory in Bhutan is a high priority from the standpoint of conservation. 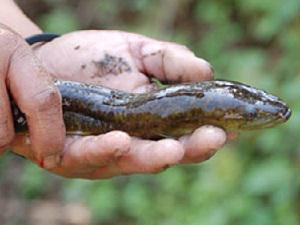 The ecology of the country’s freshwater systems is also becoming more worrisome as the effect of brown trout (Salmo truta), introduced in 1930s, remains unclear and the plans to expand aquaculture of the recently introduced (and highly competitive) rainbow trout (Onchorhynchus mykiss) are advancing within the government without any consideration of its potential ecological impact, let alone an environmental impact study. This project, therefore, aims to generate a reliable baseline data on icthyological taxonomy and diversity of Bhutan, with the ultimate goal of providing enough data to enable the government to develop conservation plans for endemic or rare species that are likely to be discovered. In this project, we divide the country into nine grids using a zonation method. Convenience sampling will be used to survey accessible areas in each of these grids; once in summer and once in winter. This approach will cover both resident and migratory species.

The survey will employ various methods of capture: minnow traps, cast nets, seine nets, locally-made bamboo traps, and electro-shocking (as a last resort), depending upon local conditions and catch requirements for certain species. Emphasis on detailed identification and enumeration of species will be along the warm-water belt in the south of the country, as the diversity of fish species will be higher at lower elevations. Voucher specimens for each species will be collected using accepted norms and methods. Also, we will collect habitat data such as dissolved oxygen, pH and other appropriate indicators of water quality. In most sampling areas, we will focus in identifying those species that are most likely to be impacted by the planned hydropower projects.

Two other outcomes for this project are:

1) To establish a national icthyological specimen museum at the College of Natural Resources using the voucher specimens.

2) To provide reliable species-related data for future studies on climate change and its impact in Bhutanese watersheds.