Determination of The Impact of a Major Forest Fire (30.08.20 -03.09.20) on the Breeding Lynx and Wildlife Populations in Nallıhan Mountains, Turkey

Our study area has experienced a major forest fire that has wiped out 1/3 of the forest habitat which was crucial for the survival of the local breeding lynx population, their prey and other wildlife. Therefore, this project aims to investigate the impact of the forest fire on the breeding lynx population which has been monitored over a period of ten years (2009-2019). It will also investigate the influence of the habitat destruction on wildlife populations through comparison of camera trapping data before and after fire. We will provide the General Directorates of Forestry, and Nature Conservation and National Parks with comprehensive reports and request amendments in protection status of the area and the management plan. The project will also produce documentaries to raise awareness on lynx, wildlife and forest protection, impact of anthropogenic factors on the wildlife and their habitat (i.e. forest fires, excessive logging, barbed wires, poaching). 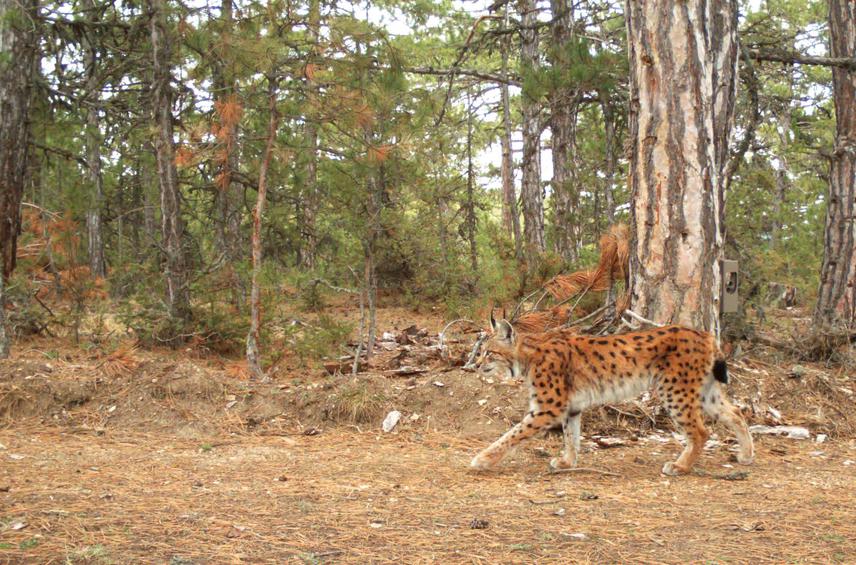 Our project will conduct the following activities to enhance and ensure lynx, lynx prey, other wildlife and habitat protection in Nallıhan Mountains.

- Camera trapping: Project team will install camera traps in the study site, inside and outside burnt areas and gather camera trapping data on lynx (survival of adults and kittens), prey and other wildlife populations. We will determine the wildlife presence trends by comparing capture rates and densities inside and outside burnt areas and by comparison to the camera

- Non-invasive faecal sampling: As all territorial breeding lynx individuals have been genotyped previously (Mengulluoglu et al., 2019), lynx faecal DNA samples will also be collected as an alternative to camera trapping, and analysed if camera traps fail to reveal presence of certain individuals.

- Film recording and making: A long documentary film on Anatolian Lynx Project and its findings will be finalised. We will also produce several short documentary films and raise awareness on the anthropogenic impact on the lynx, wildlife and their habitat (i.e. forest fires, sustainable forestry, barbed wires used in forestry, human footprint on habitats, poaching and etc.).

- Meetings with ministry directorates and departments: Although it is highly important for the native and vulnerable wildlife, Anatolian Lynx Project study area is currently not protected and under the general forestry management. We have already started to communicate to the General directorate of Nature Conservation and National Parks and members of the Chamber of Forestry Engineers to propose and discuss the amendments in forest management plan and changing the status of the study site from not-protected to strictly protected “Research Forest”.

- Establishing an NGO: As the project team with the support of local and national NGOs, Nallıhan Municipality, and wildlife enthusiasts and researchers, we would like to establish an NGO, which will aim to increase awareness and execute projects on wildlife, biodiversity and habitat protection, sustainable management and livelihoods.