The Seed Dispersal Role by the Ranchería River Under the Anthropogenic Effects of a Dam and Coal Mining in the Tropical Dry Forest of La Guajira, Colombia

• Determine the composition, richness and abundance of the seeds dispersed by the Ranchería River, before and after a coal mine and a dam

• Compare richness, composition and abundance of the seeds dispersed by the Rancheria river and Cesar River, with the purpose to find differences between a river highly intervened with river with little intervened

• This methodology used will help to compare and to evaluate how seed patterns could be affected by such kind of impacts. In this case, physical and chemical characteristics of river waters will be an important aspect to evaluate having potential consequences in the seed community dispersed by these rivers

• We hope generate results critical for restoration purposes; Differences in seed abundances and community compositions between sites before and after impacts, as well as between dry and rainy seasons will be relevant information to understand river dynamic and elucidate best management restoration practices along the riparian corridor 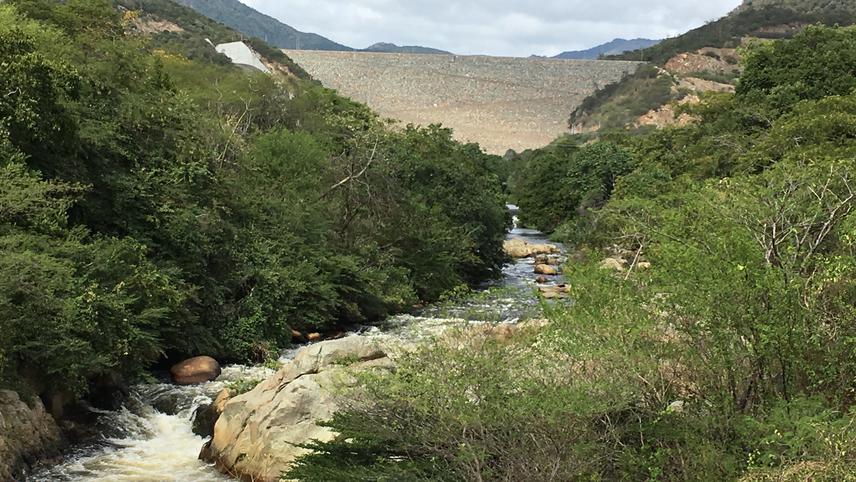 The Ranchería River is the most important river of La Guajira, Colombia. It is river is endangered because has two big project that affect it negative. El Cerrejón, that is an open pit coal mine that has been operating since 1985 with current extraction area is 69,000 hectares and its daily extraction reaches 108 tons of coal. Aditionally in 2011 the dam “El Cercado” was inaugurated in the upper reaches of the Ranchería River. Those big projects have changed the vegetation and quality of water.

The Cerrejón has dried at least 14 tributaries of the Ranchería River, and it is known it has contaminated water, affected vegetation, and altered the health of local population (most of them Wayuú indigenous people), with the dust of mineral coal and the daily detonation of explosives in each of its pits. Additionally, the construction of the dam generated the deviation of the Ranchería river, changing the stream direction and its biophysical conditions. Today, the dam has not generated the planned irrigation districts, rather it has generated diverse social conflicts for water in the region.

Basically, I will carry out samplings of the seeds transported by the river in order to obtain data of diversity, numbers of individuals per species of seed, in two climatic seasons (dry and rainy seasons), and in different places along the river. The intention is to detect any difference in the number of seeds and the number of species dispersed before and after an anthropogenic impact, in this case, a dam and a coal mining area. We will also proceed to take chemical and physical water measurements at each study site (temperature, dissolved solids, ph, heavy metal analysis).