The highly fragmented remnant patches of coastal forests of Kenya are refugia to high endemic and endangered plant species diversity, including the rare African violets, commonly known as the Saintpaulia. This project focuses on the critically endangered Streptocarpus ionanthus subsp. rupicola which is only survived by three populations occurring at the Coast of Kenya. According to the IUCN review and assessment, most populations have disappeared, and the extant ones reduced in size due to the current anthropogenic activities in the area. Therefore, our project aims to enhance conservation of these rare species in Kenya through a community-based approach which is expected to lead to expansion of the populations. 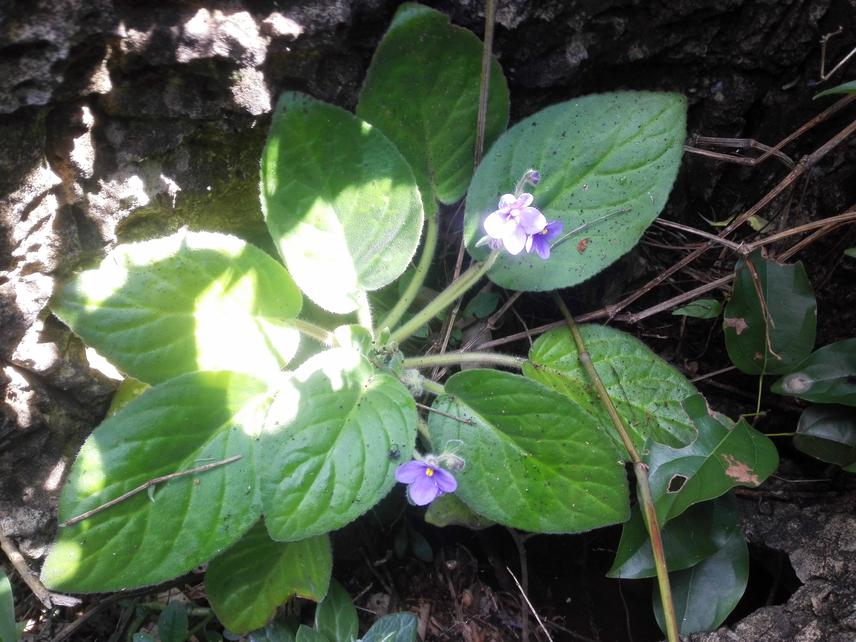 This project will be implemented in three action plans:

(i) public education and awareness on matters of biodiversity conservation: This project will commence by engaging the local communities through public awareness and education on the matters of biodiversity conservation. This approach will give the locals a sense of belonging since they will discover the benefits of their own environmental surroundings.

(ii) establish the current status of African violets’ populations, population sizes and ecological interactions: this will be done through intensive field surveys to document all populations and population census. Simple plots will be set in each site to document the associated species aimed at answering key questions such as which plant species are of direct or indirect importance to the African violets? and in what capacity are they important? (maybe provide shade, nesting for pollinators, protect their habitats etc.).

(iii) conduct propagation trials, both in-situ and ex-situ, for conservation and restoration: propagation trials of African violets will be initiated both in-situ and ex-situ in various botanical gardens, including suitable areas within the known distribution range of each project site, hereby termed as experimental sites. Three types of experiment sites will be set up; one will be augmentation within extant populations, second site will be re-introduction of individuals in an area within the historical range of the species but no extant population and the last site will be introduction of individuals in botanical gardens and community tourism centre for display and education.

At the end of this project, we expect to publish our scientific findings in both ecology and species recovery. This output will share the successful methods applied in our project with other researchers. In addition, posters and magazines will be produced creating awareness to the public and most especially the local communities.