National Survey and Action Plan for the Bats of Cuba: Generating a Long-Term Strategy for Conservation

The project aims to continue a long-term ecological research of bats and through educative actions and technical trainings build capacities in important areas for the conservation of Cuban bats. 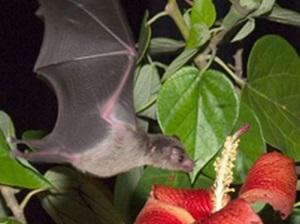 Bats represent 75% of native mammalian fauna of Cuba; however, many bat species or populations are highly susceptible to the habitat and roost site loss, depredation by exotic mammals, and stochastic events such as hurricanes. Since mid 90’ we began long-term monitoring of bat populations in the “Sierra del Rosario” Biosphere Reserve. This project could help to complete a monitoring cycle and a unique and important database about long-term trends of Cuban bat populations. The database will include demographic information relative to abundance, reproductive and activity patterns, diet, morphometric, etc. of bat species that inhabit the Reserve. This information will be an essential baseline to understand the effects of habitat modification and climate changes on the bat fauna in one of Cuba’s most conserved forest ecosystems. Also, it will be important to implement conservation and management plans for bat populations and their habitats throughout the island. On the other hand, frugivorous bats play an important role in regeneration of perturbed habitats; however, Antillean bat fauna is characterized by lacking understory frugivores. In this project we will determine the role of non-specialized phytophagous bats on the seed dispersal of pioneer plants and the effect of seed ingestion on germination rates of these plants. 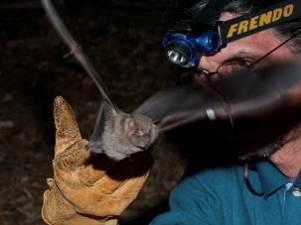 On the other hand, among the objectives of the Latin American Network for Bat Conservation (RELCOM: www.relcomlatinoamerica.net) is the creation of Important Areas for Bat Conservation (AICOM´s). These represent important areas at national level for the presence of threatened species or sites of a high concentration roosts that support important populations of several bat species. With this project we will create the firsts AICOMs of Cuba, and through educative actions and technical trainings we will build capacities to guarantee the preservation of the bat populations and their roosts.