Evaluate the demographic variation of the bird species barred antshrike (Thamnophilus doliatus) in habitats with quality around “La Represa El Quimbo” in Colombia.

1. Evaluate how is the variation of habitat quality for the bird species Thamnophilus doliatus around “La Represa El Quimbo” in Colombia.

2. Analyze how is the variation of survival and recruitment of Thamnophilus doliatus in different habitat quality areas around “La Represa”. 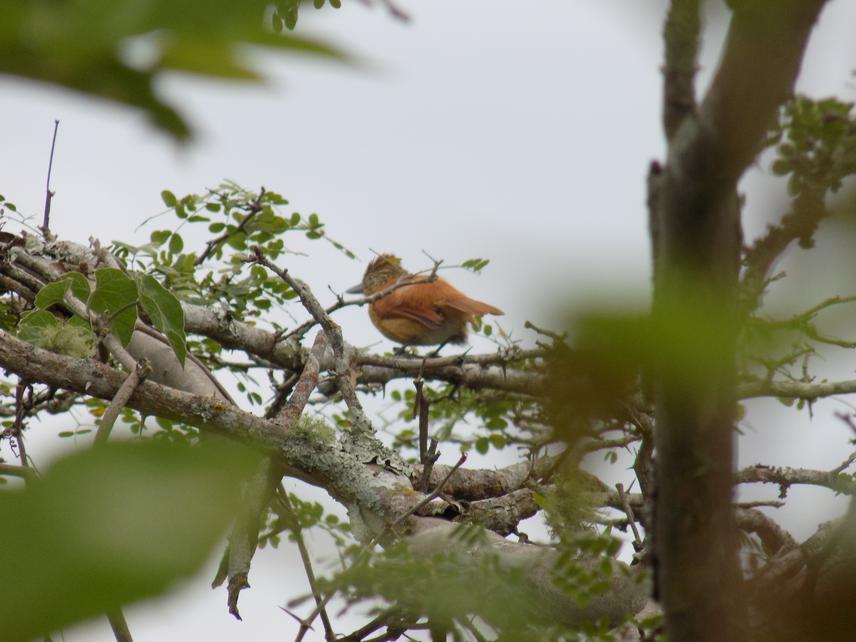 Environmental degradation by development works in the neotropic, especially in Colombia has been compensated creating environmental compensation areas. The present research proposal seeks to analyze the variation of habitat quality and its relation with the demographic parameters survival and recruitment of the Barred Antshrike (Thamnophilus doliatus) at the environmental compensation area of the hydroelectric project “El Quimbo”. The area actually has 11000 hectares of Colombian Tropical Dry Forest that has to be restored during the next 20 years. This research has a view to generating relevant information to the conservation and restoration of the Tropical Dry Forest understory insectivorous bird’s habitat.

The project will developed in 11079 hectares of Tropical Dry Forest that has altitudes of 720 m to 1500 m. The temperature varies from 20°C on July to 26°C in January. The precipitation has a bimodal behavior: two wet seasons throughout the year, the first one in October and November and the other one in March and April. The first dry season occurs between June and August and the other in December and January. The vegetation coverings are of forest, shrubs, pastures and grasslands. This area is in process of ecological restoration. Restoring the Tropical Dry Forest (BST) is a priority for Colombia for several reasons:

(i) it is an ecosystem Endangered

(ii) it contains a great variety of species

(iii) it is subject to severe water stress

(iv) it has vital ecological functions for sustain the communities that inhabit them.