Population Research of Danube Salmon in Una River, with Notes to Conservation

Continuation of Population Research, Distribution and Conservation of Danube Salmon in Middle and Lower Reaches of the Una River

Distribution, Population Research and Management of the Hucho Populations Inside Una River with the Important Conservation Aims

The aims of my project consist of first ever research and collecting data for Una river ever, introduction to public about the importance of the species and need of protection. 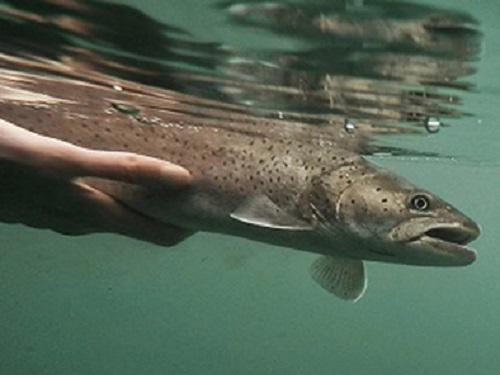 Specimens caught in the January 2015.

This project's main focus will be research of the population of Danube salmon that inhabits midstream part of the Una river. Project will include filed works for collecting data, publishing data and then influence public. Specimens will be caught with the help of fishing experts who have over 3 decades of experience in catching this species. Every fish caught will be handled with extra care, measured, photographed and then released back into the water. Data that will be collected will include: location of the captured specimen, size, weight, length of the head and number of black spots on the head for individual identification of each fish.

In total there will be 48 fishing trips during the one year of research which will consist of 4 fishing trips per month. The field work will also take place upstream and downstream of the base location (Novi Grad). Since there is a slight difference between the upstream and downstream ecosystem locations, experts will be asked for the certain course of action for each field work. While the research activities under way there will be also part for filming Danube salmon, habitat and all other species of fauna for the certain movie about the Danube salmon and natural habitat which will be shown to the general public during the lectures. Workshops for the students will be held at Faculty of science and Mathematics, Department for Biology and Ecology in Banja Luka. Main goal of the workshop is to introduce future young scientists about the problem of which this fish is facing and how to research and protect it. Lectures for the general public will be held in Dom Omladine in Banja Luka and lectures for the fishing society will be held in Novi Grad at the Assembly of the fishing society. Public will be influenced with the main goal of raising environmental awareness and the need to save Danube salmon as a specie that represent emblem of pure and clean Balkan waters.