Population and Conservation Status of the Turkestan Lynx (Lynx lynx isabellina Blyth, 1847) in the Kazakh Part of the Northern Tien Shan

1) Conducting an analytical review of the past and present distribution, abundance, condition of prey base, seasonal and daily activities of the Turkestan lynx in the Northern Tien Shan;
2) Using traditional and remote methods to determine the movement patterns and home range use by the lynx in the Northern Tien Shan Mountains;
3) Assessing the effect of prey base and feeding habits on the spatial structure of lynx populations;
4) Study of interspecific competition between lynx and other carnivores and evaluation of threats;
5) Analysis of the data, identifying and evaluating the impact of major threats, preparing recommendations for the conservation of the Turkestan lynx in the mountains of the Northern Tien Shan based on this first year, writing the Report. 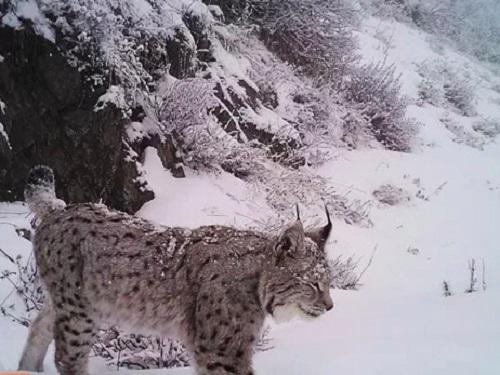 These studies conducted using traditional and remote sensing methods (camera traps) will allow us to obtain the data on population and conservation status of lynx, and evaluate their prey base and feeding habits.

Considering the major threats such as habitat degradation and fragmentation, poaching, loss of prey base, conflict with livestock farmers (retaliatory killing due to livestock depredation), we will conduct research, the results of which will be used to create conservation strategies; improve the network of protected areas and increase their management efficiency; for educational purposes and to improve awareness of local population living in the habitats of this large carnivore.