Creating a Base for Monitoring Pallas’s Cat in Kazakhstan

Pallas’s Cat in Kazakhstan: From Investigation to Conservation

Pallas’s Cat in Kazakhstan: From Investigation to Conservation – Phase 2

The project aims to make more accurate estimates on Pallas' cat number and distribution in Kazakhstan and to design the on-going monitoring scheme for this small wild cat species. 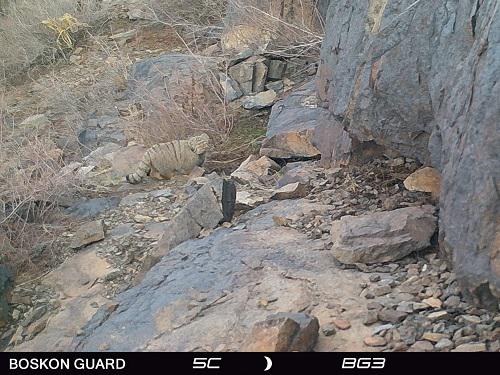 Pallas’s cat (Otocolobus manul) is a widespread but threatened wild cat species with a mosaic distribution in Kazakhstan. Interviews conducted in order to clarify the status of Pallas’s cat conservation showed the need for thorough research on species to better understand situation. The project is to be focused on obtaining more precise data on species number and distribution within both areas of high conservation value and those modified by human activity. The principal methods to be used are snow-tracking censuses in some characteristic areas and interviewing.

Interview data from target local people groups (e.g. hunters and herders in winter and summer cattle camps and ranches) will be obtained

The database and GIS on Pallas’s cat locations, habitats and densities will be updated

Threats to Pallas’s cat will be assessed more accurately

Areas of high priority, in which the species’ status is of greatest concern, will be identified.

Urgent measures to protect Pallas’s cat in these areas will be suggested:

A map of the species’ locations and distribution (e.g. different habitat types, hot spots, critical areas and other important results) will be created in GIS format

Protection measures for areas of high conservation value will be proposed (including possible proposals for creating new protected areas).

A more accurate assessment of the conservation status of Pallas’s cat will allow for the formulation of specific conservation measures to protect the species. The updated database and GIS will clearly show the weak and strong sides of Pallas’s cat ecology. Based on available data, a network of survey plots and routes will be designed for the on-going monitoring of the species conservation status. This network will be useful for future studies on Pallas’s cat population numbers. The most important habitats, those critical for the species’ protection, will be proposed to become new protected areas.

The project, therefore, will provide necessary prerequisites for the conservation of Pallas’s cat in Kazakhstan. The project intends to involve local people and conservation organizations.