The Train has Not Left the Station Yet: Multihabitat Conservation in Bacalar, a Landscape Threatened by an Intercity Railway Project

The Bacalar lake is the largest freshwater lake in the Yucatan peninsula of Mexico. Due to its touristic attractiveness, the nearby town was declared a “Magic Town” in 2006 by the Mexican government. Since then, it has received a lot of international attention and economic benefits, such as investments in real estate, infrastructure and tourism. Despite forming a unique ecosystem, the lake is not a protected area, and the water quality has decreased as a result of increased human activities such as agriculture and tourism. The same human activities are expected to affect another important ecosystem in the Bacalar region, namely the surrounding forest. While effects of disturbance on the lake have received some attention in the last years, there is no research on the conservation state of the surrounding forest although it contains priority conservation areas for various forest-dwelling species such as the endangered Geoffroy´s spider monkey (Ateles geoffroyi). 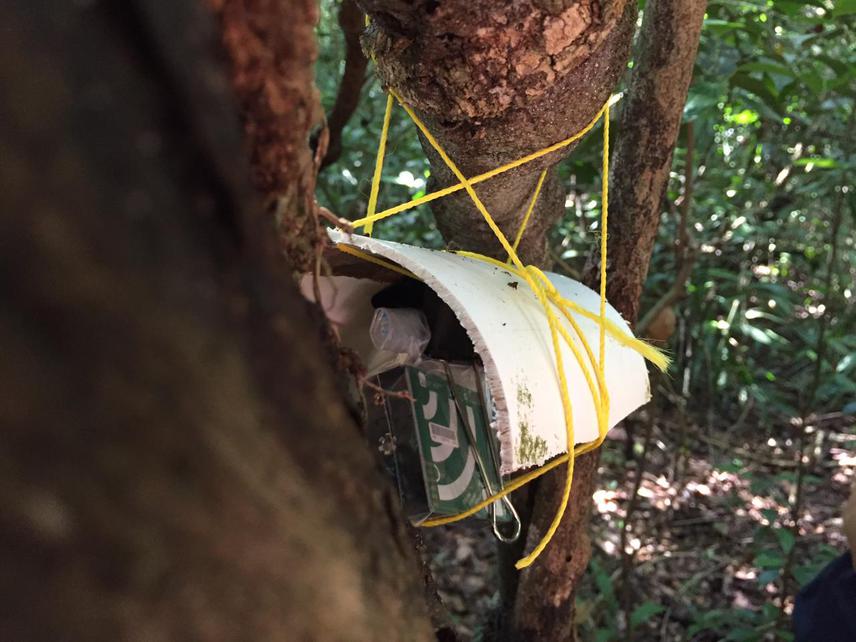 Testing how our Audiomoth recorders can be protected from rain using little roofs made of recycled PVC pipes. Photo 3: All work was carried out following the principles of “Best Practices in Field Primatology in the Age of COVID-19”.

With the aim to plead for the importance of conservation actions at the Bacalar region, our project will investigate the relationship between anthropogenic pressure, the contamination of the Bacalar lake and the biodiversity of the surrounding forest. It will serve as a pre-assessment of the current conservation state in the region, before the launch of the “Tren Maya”, an intercity railway project with planned trajectory running through Bacalar. We will use passive acoustic monitoring to determine the forest biodiversity, document deforestation processes and touristic development, and monitor the water quality of the Bacalar lake. We will evaluate the connectedness of terrestrial and freshwater ecosystems using an ecohydrological approach and provide evidence for the urgency of conservation actions in the region, such as sustainable urban planning and the assessment of tourism carrying capacity. This is crucial since the launch of the train is expected to accelerate the urban development and tourism expansion in the region. Our work has the power to influence local politics and other stakeholders involved in the “Tren Maya” project and subsequent development, before and after the launch of the train.