To characterize acoustic calls of glass frog community inhabiting the Chocoan rainforest, which perform a rapid assessment of amphibian diversity for future monitoring. 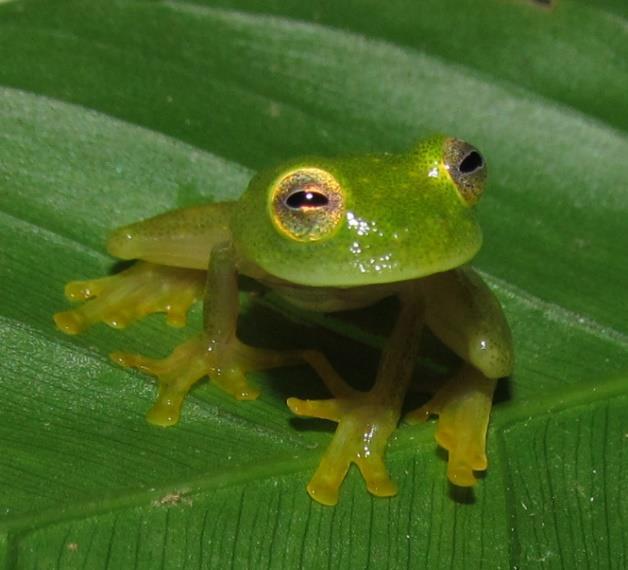 The Choco-Darien rainforest harbour about 350 amphibian species, of which 210 (60%) are endemic. It is located in the most north-western region of South America, including part of the Isthmus of Panama and mainly wet and montane tropical forests of eastern Panama and Pacific slope of Colombia and north-western Ecuador. However, this large diversity is threatened by human activities such as mining, natural resources exploitation and land transformation, all of which have significant consequences on water quality and therefore on the associated amphibian diversity. The amphibian vocalizations have been widely used in non-visual surveys becoming an important tool for monitoring biodiversity. Bioacoustic monitoring represents an excellent strategy for identifying the composition of anurans in a community. However, the advertisement call description is lacking for many amphibian species (especially for glass frogs). Such information is of great importance for ecosystem conservation, considering the role of these species as bioindicators of water quality, regulators of ecosystem services by diseases control and for ecosystem services by nutrient cycling.