Sea Turtles in Haji Buang: A Baseline Work towards the Restoration of an Indonesian Jellyfish Lake

Our project’s objectives are to: obtain baseline data on the lake’s chemistry and planktonic biota; estimate the population of sea turtles; train local assistants; and raise stakeholder awareness through a workshop and publications. The project is expected to yield critical dataset and assistance needed to perform future introduced species relocation and ecological monitoring. 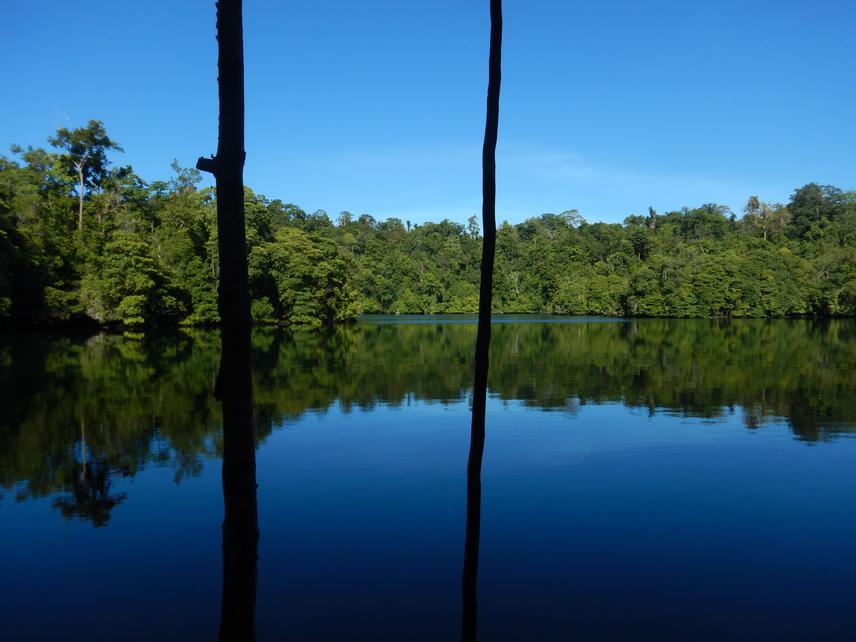 Our project focuses on the assessment of Haji Buang Lake, a degraded jellyfish lake in East Kalimantan, Indonesia. Haji Buang is a marine lake, a landlocked body of saltwater fed by subterranean connections to the sea. Similar to the well-known Palau lakes, it was inhabited by rich communities of native jellyfish (Mastigias, Cassiopea, Aurelia), benthic invertebrates and fish, with past studies suggesting high levels of endemism. Jellyfish was reported to be exceptionally abundant as late as 2008.

However, an observation in 2017 showed that native jellyfishes have largely disappeared. Interviews with local people suggested that a significant number of Critically Endangered hawksbill turtles (Eretmochelys imbricata) were introduced into the lake over the years, likely impacting native jellyfish. Furthermore, increased human activities, including burnings of adjacent rainforests, aquaculture and tourism infrastructure developments are known to have occurred nearby, possibly further damaging the lake’s ecology. Future interventions will need to consider the following: ongoing changes upon the lake’s indigenous biota and ecological parameters; the abundance and protected status of resident sea turtles; and the impacts and relationships of key stakeholders in the area.

For this purpose, the project will attempt to obtain critical baseline data on the lake’s post-disturbance ecology and engage key stakeholders to help mitigate harmful conducts.

It is hoped that the current phase will lay the foundations for future relocation of resident turtles and subsequent ecological monitoring. The relocation is expected to result in the recovery of native jellyfish, in absence of other stressors such as climate change, pollution or land use changes.