Cryptic Species: The Case of Canids and Suidae in Ethiopia

The aim of this project is to determine through research whether the cryptic wolf is very rare canid in the relict highland mountain of Ethiopia or distributed at larger spatial scale. 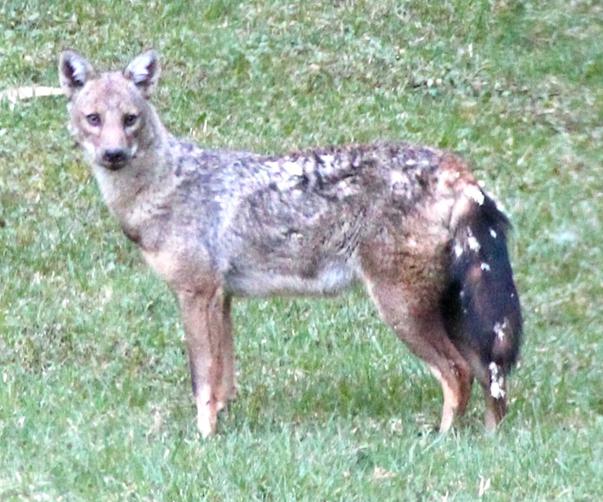 Canids grouped to striped jackal in Ethiopia near to Addis Ababa.

Very recently, a new cryptic wolf species has been identified in the Ethiopian highlands from genetic data at two highland localities of Ethiopia. Formerly, these miseries animals were confused with golden jackals Canis aureus in Ethiopia. The recent genetic rather based on research reveals that the species belongs to the grey wolf species complex, together with the Holarctic wolf, the Indian wolf and the Himalayan wolf. A detail of this research is published on PLoS ONE (2011) 6(1): e16385.

Many carnivore species are declining globally under the combined pressures of habitat loss, disease, hunting and persecution by humans. International and local conservation managers are striving to protect wild carnivores from extinction by prioritizing conservation efforts to endangered species. With this strategy, the gap in science may lead many cryptic species to extinction with out the recognition of the conservation world. For instance, confused with a Golden jackal, the cryptic African wolf is categorized as one of the List concern species in the IUCN. Clarifying taxonomic status of many ambiguous wildlife species is crucial for the effectiveness of the current conservation strategy. With this research, whether the cryptic wolf is very rare canid in the relict highland mountain of Ethiopia or distributed at larger spatial scale will be determined. Behavioral study on the species will have an important contribution for the conservation management of the species.

Golden jackal like canid (either golden jackals Canis aureus or the newly identified cryptic wolf) are distributed almost across all the corners of Ethiopian. This however is impossible to tell from morphological features. The only reliable method in resolving the mystery is DNA sequencing. With this study, we will do the first distribution status study of the species at nine regions of stretched at 800km from north to south of Ethiopia (Fig 1). Pellet samples will be collected systematically from these areas and preserved in silica jell. DNA extraction will be carried out by using the relatively inexpensive methods by using Dynabeads invitrogen (40 mg/ml) that works with Dynabeads collecting magnet. The Genomic DNA will be then amplified and sequenced for about 2400 base pairs (bp) of the mitochondrial DNA (mtDNA) for three regions, Ctb, 12s and 16s. Species identification will be then carried out from the sequences.

Behavioural ecology will be carried out in Guassa area (Fig 1) where we already identified the cryptic wolf. Wolves will be captured using rubber-lined Soft Catch leg-hold traps fitted with VHF collars. The collared animals will be then followed by using hand held antenna. GPS coordinates and the type of the habitat the animal observed will be recorded every 15 minutes. Any observed feeding activity and attempt will be recorded. Home range will be estimated from 95% fixed Kernel home ranges by using the Animal Movement Analysis extension in geographical information system ArcView 3.3. The habitat use will be analysed from vegetation map created for the area by using ERDAS imagine from 2m resolution satellite image.