Local community education and the promotion of conservation, recording of all threats which this spaces face with and gather tissue samples for DNA analysis. 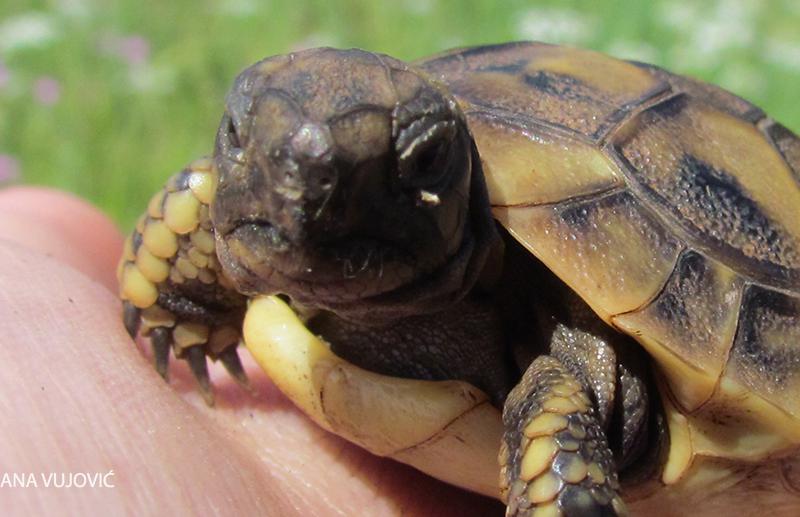 Hermann’s tortoise occurs throughout southern Europe, from north-eastern Spain, southern France, through western and southern Italy, to Romania and Turkey, as well as various Mediterranean islands. Eastern populations present in Montenegro show significant declines, where chief threats include habitat destruction, road traffic mortalities, fires, illegal collecting and trade, and intentional destruction. It is vital to promote community education regarding the effect of fires, and other anthropogenic activities, on Hermann’s tortoise populations and wildlife in general.

The European Pond turtle has a wide distribution throughout continental Europe and North Africa, but in some countries has long been extinct due to climatic change. Its populations are threatened due to various factors including electrofishing, land and habitat fragmentation, water pollution, intensive agricultural methods, and the drainage of wetland habitats. The information collected during this research will be the basis for developing an action plan and management plan.

The end product of this research will include:

• Valuable data sets regarding the major threats to the health and status of turtle populations and distribution at key sites in Montenegro.

• The development and augmentation of turtles DNA database by the Natural History Association of Montenegro via tissue samples, which will be taken from all captured turtles throughout the research period.

• Local community education and the promotion of conservation, via school events and workshops in the municipalities of Niksic, Bar, Budva, Kotor,Tivat and Ulcinj.

• Academic lectures at the Department for Biology and Faculty of Mathematics & Natural Sciences at the University of Montenegro, Podgorica.

• International trade control: Distribution of promotional material to, and collaboration with, the customs administration of Montenegro in order to address the problem of illegal international trade in Montenegrin turtles and tortoises.

• Project news and updates, including field research and school lectures, will be published on the Natural History Association of Montenegro website. (http://drustvoprirodnjakacg.weebly.com)