Over the past 30 years, giraffe numbers have decreased by 30%, and currently population number are estimated to be around 170,000 in the wild. As these decreases have gone largely unnoticed, giraffe are now facing a silent extinction, having already been extirpated (locally extinct) in at least seven African countries, with three out of the four giraffe species being classified as either Endangered or Critically Endangered on the IUCN Red List. Many populations are now confined to isolated areas with very little connectivity. Although giraffe is historically one of the most widespread African mammals, there is a lack of scientific research on these species which has been one of the major challenges when setting up targeted conservation management plans. Many aspects of giraffe have remained unstudied, and an understanding of their ecology and habitat plays an important role to provide baseline information on behavioural changes over time and the drivers of such change. 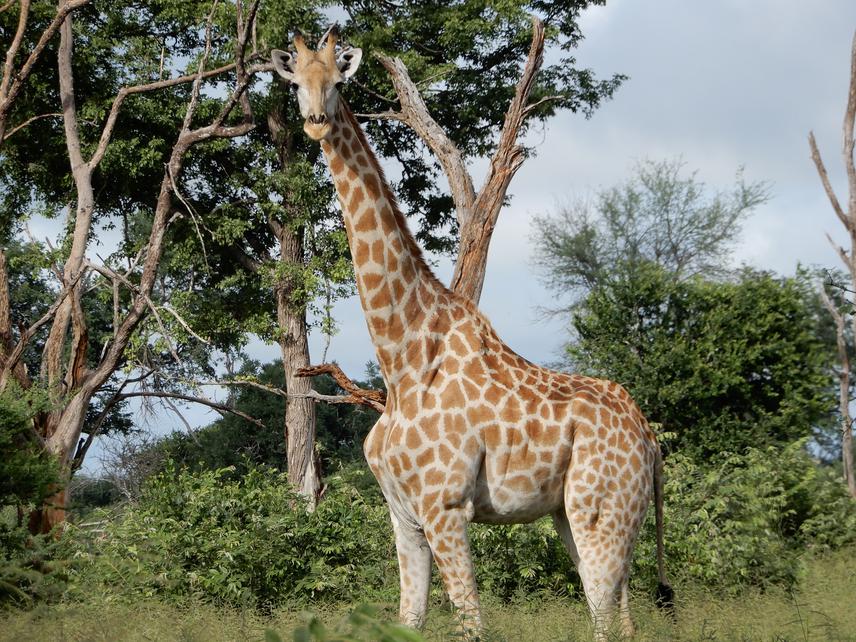 In Zimbabwe, it is estimated that population numbers have declined by >50% over the past 30 years. The biggest threat to populations across the country is habitat loss, overexploitation and the economic crisis. This is a real cause for concern and why focused conservation initiatives should be put in place to better manage future giraffe populations across Zimbabwe. Thus, our research, in collaboration with Stellenbosch University and Giraffe Conservation Foundation, will gain a better understanding of the drivers of change in giraffe behaviour in Zimbabwe and more specifically, Hwange National Park. To achieve this goal, we will investigate the current status of giraffe in Zimbabwe, their activity budgets, feeding utilization and availability and spatial and movement ecology and determine what effect the different habitats have. This is particularly important as environments around Zimbabwe, and Africa, are constantly changing and being shaped by human activities and management strategies. As humans are continually encroaching on protected areas, giraffes adaptive capacity, or their ability to adjust to changing environments, has become of increasing relevance.

In addition, we will also identify the genetic structure of giraffe within key populations across Zimbabwe. This information is not only critical to the conservation of the species in the country but also towards the IUCN Red Listing of the southern giraffe species. Ultimately, our research will help with the formulation of a national strategy plan to ensure the future conservation management of giraffe in Zimbabwe and in turn, Africa-wide.