The aim of the project is to provide a firm background for launching conservation of the White-headed Duck along a neglected part of migration route in the Crimea, Ukraine. 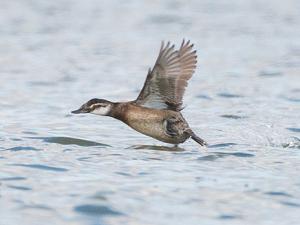 White-headed Duck is running to take-off. Photo by Tat'yana Zherebtsova.

White-headed Duck (Oxyura leucocephala) is one member of a guild of Palearctic duck species adapted to breed on arid zone lakes. Its range stretches from Western Mediterranean to Western China and Mongolia but is drastically fragmented. White-headed Duck experienced acute decline in second half of the last century. The global population hardly exceeds 15,000 individuals nowadays thus the species is considered globally endangered according to IUCN classification. White-headed Duck is a migratory species throughout the majority of the range. Birds which breed in Kazakhstan and Southern Russia migrate in western and south-western direction to reach wintering grounds in Eastern Mediterranean region and the Middle East. One well studied important stopover region for these birds holding up to 6,300 individuals is Manych-Gudilo Lake in Ciscaucasia, Russia (Rozenfeld et al. 2012). It's very likely that at least some of them use wetlands in Crimean peninsula, Ukraine situated along the same migration route. Indeed, our own data indicate that White-headed Ducks migrate through the Crimea and may even accidentally breed here (Vergeles et al. 2012). 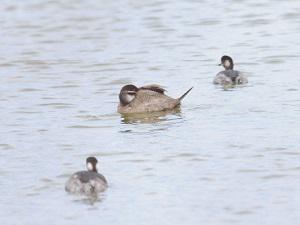 However, neither exact timing of migration nor most important staging sites are known in detail. No data exist on the numbers and possible threats for migrating birds. We are going to fill this gap by thorough surveying the lakes suitable for migrating White-headed Ducks which are situated in the Kerch peninsula (Eastern Crimea) and along the coast in the Western Crimea. We are planning to obtain reliable information on the terms of the species migration in the Crimea in autumn and spring and to assess the relative role of each site in securing requirements of migrating birds that was critical prioritised in a country’s action plan for the species long ago (Koshelev 2000). Another set of the project tasks includes grounding a monitoring scheme for the forthcoming years, identifying possible threats for migrating birds (e.g. hunting, net fishing or disturbance), starting awareness raising campaign among local hunters and checking possibilities for organising protection regime at staging sites. The latter will be done in close co-operation with the Ukrainian Society for the Protection of Birds. 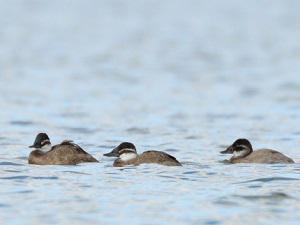