Blue-winged Goose (Cyanochen cyanoptera) is an endemic waterfowl species. It is the only member of its genus. Its population is supposed under persistent decline over the last few decades once remained locally widespread within a tiny distribution range in the Highlands of Ethiopia. The species is certainly under considerable pressure owing to habitats destruction and loss, disturbance and loss of suitable breeding sites, livestock encroachment, overgrazing, urbanization and agricultural intensification. Recently, trapping and hunting are also reported to pose a considerable effect on the population status of the species, and these rendered the Conservation Status of the species as Vulnerable in the IUCN RedList Category (BirdLife International, 2016). 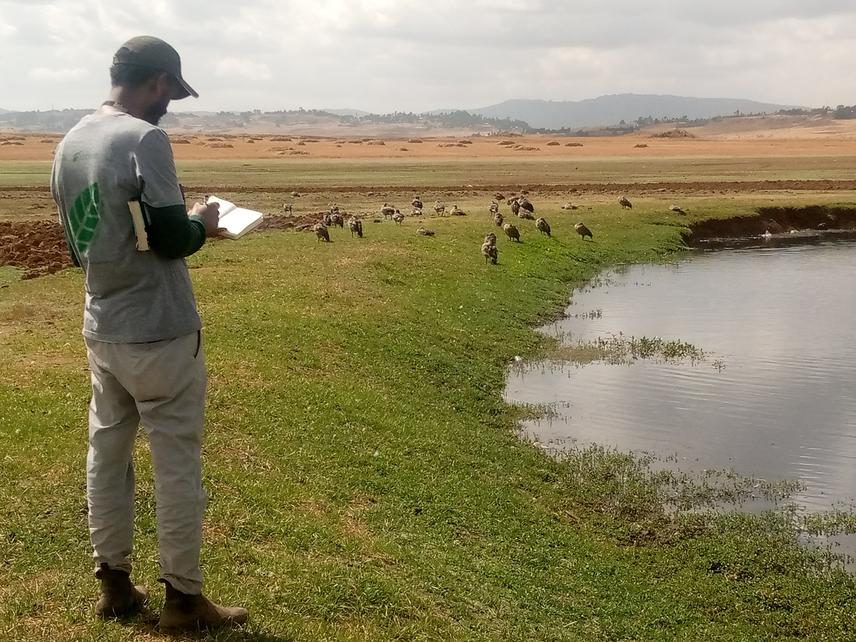 The present study aims to estimate the current population density and threats of the species in Sululta plain, Central Highlands of Ethiopia, through total counting and questionnaire-based survey. It would bring novel insights to gain a better understanding, and stem the gap of knowledge about the species ecology and conservation. The study has substantial contributions to provide up-to-date significant baseline information to devise an effective conservation action plan in a way to improve the conservation status of the species, bring species conservation status review, and maintain a stable population in its native habitats through threats mitigation, awareness-raising and enhancing public understanding. It is also expected to seeing local communities acquainted with the conservation significance of the species and their habitats.