The project will be the first comprehensive study on earlier Huongson Bent-toed Gecko (Cyrtodactylus huongsonensis) in Vietnam, under special consideration of biogeographic and ecological aspects. The main goal of this research is to investigate a comprehensive species inventory and elucidate information about community structure. Results of this research will provide essential data for Cyrtodactylus huongsonensis conservation in Vietnam. Raising conservation awareness of the species will be conducted through community meetings and education sessions at local schools. Outreach activities to tourists will be carried out in collaboration with tourist companies. Recommendations for conservation activities will be provided to local authorities. 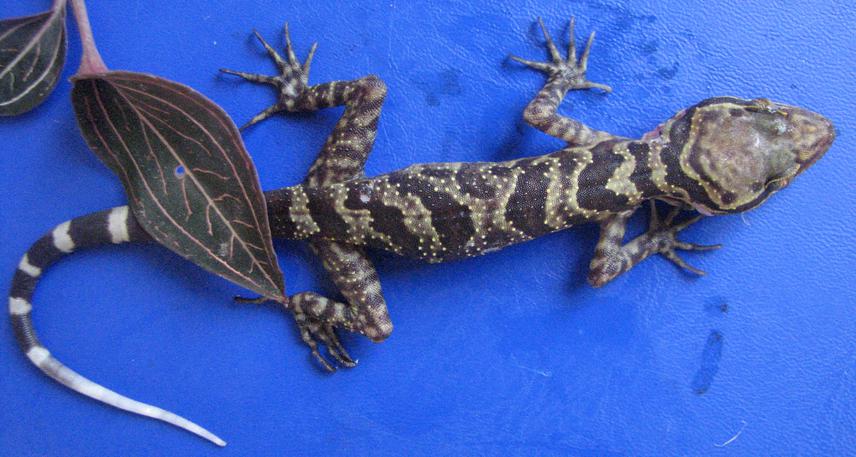 The target species, Huongson Bent-toed Gecko, was recently discovered in 2011. The species was found at night on karst outcrops in Huong Son limestone forest, two adult specimens were collected during a single survey in early 2011. The species is considered to occur at a single location and no additional specimens have been found despite subsequent visits to the type locality (Luu et al. 2011). Consequently, it was recently assessed and classified in the IUCN Red List of Threatened species as Vulnerable (Nguyen et al. 2018).

It is unknown whether the species is genuinely able to persist as a viable population in conjunction with mass tourism activities (over a million people visit the site annually), infrastructure development and associated changes (degradation) to the habitat. In addition, the exploitation of forest products shifting cultivation, and livestock leads to the modification and degradation of the natural environment. In particular, the forest will not retain shade or leaf litter thought to be necessary for this species' persistence. A major aim of this study is to investigate the population status of and level of threats to the species in priority areas such as size/structure of the population. The major threats to population of Cyrtodactylus huongsonensis will be documented. Moreover, information about the ecology of the species will be gathered.

Ecological characteristics of species will be mentioned in more detail. Preferred vegetation types and distributional patterns of species also need to be known. The project will raise the awareness for conservation especially related to its threats and conservation and legal status, for tourists, local people, and school children within or near its distribution range through a poster, video clip, and an education module in English and Vietnamese will be developed for the awareness programme. The materials will also be distributed through social networks and short training course for forest rangers and local communities on the gecko conservation sites. Finally, the project will provide recommendations for developing in-situ conservation measures to protect existing by the proposal to establish protected area(s) will be submitted to the Vietnamese Ministry of Agriculture and Rural Development (MARD).