A Program for Conservation of Biodiversity and Endemism of Bats in Scattered Forests and Cave Complex in North Western, Vietnam

Bats and their Pathogens in Urban and Surrounding Areas of Vietnam: Implications for Conservation and for Prevention of Emergence of Bat-Borne Zoonotic Diseases

The goal of this project is to perform a comprehensive program to conserve bat populations inhabiting in remaining forest areas and cave systems within protected areas in North Western, Vietnam (NW) 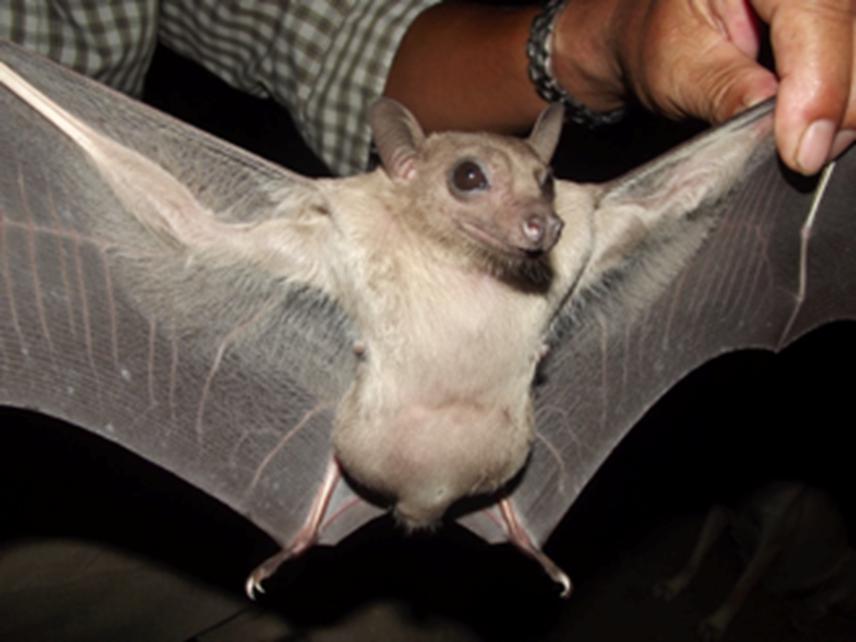 North Western, Vietnam (NW) is located in the transition zone of Greater Annamitices Ecoregion, one of WWF global 200 ecoregions which are characterized by its outstanding biodiversity values. Currently, almost remaining forest areas herein have belonged to protected areas, however, due to low management capacity and low conservation awareness of poor local communities (mainly ethnic minority groups) in and around protected areas, the region’s biodiversity has been very likely continued to be reduced/degraded for shifting agricultural cultivation, forest product and food. In spite of the fact that little forest remains in low elevations, NW retains a large forest areas and cave complexes scattered mainly on the tops of limestone mountains, which supports many nationally and internationally endangered species. Of which, bats, one of the native mammalian groups, play a key role in local ecosystem by providing many ecological services such as plant pollination, seed dispersal and insect control. However, like most regions’ fauna and flora, bats are most threatened by habitat loss and degradation, yet its current status still remains poorly studied in terms of bioconservation.

Therefore, a comprehensive conservation program is urgently needed to maintain this important component and its entire habitat and to strengthen wildlife conservation management in the region. More specifically, the project will conduct a series of field surveys to document current populations, geographic distributions and the threats to local bat assemblages. The phylogeny and phylogeography of bat species found in the NW will also be investigated basing on morphological and molecular approaches to evaluate the levels of biodiversity and endemism and the evolutionary history and the historical and spatial impacts of habitat fragmentation on local bat populations. Beside these research efforts, a training program to promote research capacity of local authors, rangers and students will be designed in the form of seminaries, field training schemes, etc. Also, a series of awareness-raising materials based on the research findings will be made and distributed to local communities to make wider social awareness. Finally, the results and experiences achieved during the project will be published in the form of academic papers in scientific journals/conferences and a series of articles in mainstream media which then will be used by researchers, students and local authors, policy makers or whom is interested in establishing long-term programs to conserve local wildlife.