The Giant Nuthatch is a globally endangered bird restricted to southern China, eastern Myanmar and northern Thailand with a declining population but poorly described ecology. Most Giant Nuthatch records from Myanmar are from surveys conducted before 1950. Project goals are to update information about the ecology, distribution, and abundance of Giant Nuthatch in three key sites in eastern Myanmar. This project is also aimed to know the foraging ecology of the Giant Nuthatch. The study will be conducted in partnership with local bird guides and a local civil society organization in order to build a capacity about biodiversity conservation and ecotourism. 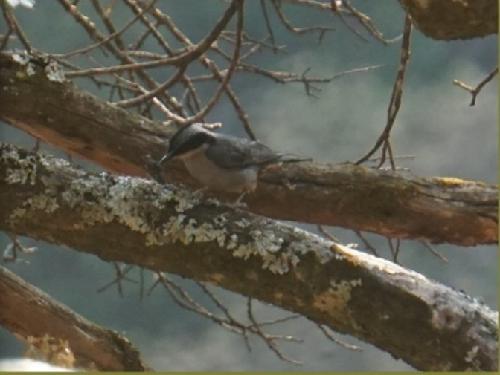 Giant nuthatch is feeding on a small aphid.

The Giant Nuthatch (Sitta magna) is the endangered species that has a small population and narrow habitat range. It usually lives in the pine forests, mixed pine forests and broadleaf forests. Its populations have been declining due to the loss and degradation of conifer and mixed forest habitats through logging, fuelwood collection, shifting cultivation and fire. There are some data on the occupancy, distribution, population and ecology of the Giant Nuthatch in Thailand and China but not in Myanmar. Very old records are available and there is no updated information in it for this part of its range. This project aims to update the information about the distribution, abundance and the Giant Nuthatch habitat use in eastern Myanmar. 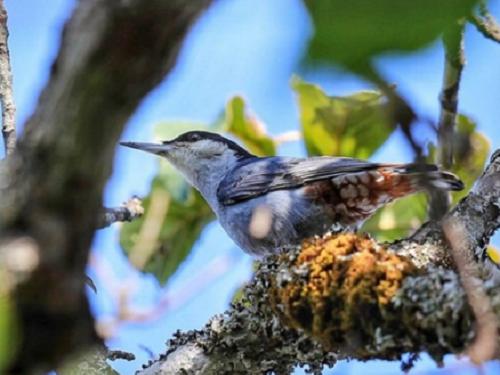 Due to the very large size of the Shan state (155,800 km²) and small number of old records; I will initially focus on three main forest patches where recent (≤ 6 years) records have been confirmed. These patches are located in Kalaw and Pindaya Township, Shan State, Myanmar. Field survey team will be comprised of local people, bird guide and biological student. Point count sampling will be used to estimate abundance and assess habitat associations of the Giant Nuthatch. We will also study the foraging behavior of the Giant Nuthatch, and vegetative sampling will be conducted to know the feeding substrates of the Giant Nuthatch.

Educative talks and a series of meetings about sustainability and environmental conservation will be conducted. To increase the availability of information about birds in my study sites, especially the Giant Nuthatch, we will conduct bird watching trips in the three sites, record bird observations including photographs. From this, we will make booklets listing the birds of each site.

This project will provide important baseline data beneficial for the conservation of Giant Nuthatch including a map of potential Giant Nuthatch sites in Myanmar, starting the process of filling large gaps in our understanding of the distribution and abundance of this globally endangered species. For outreach and education, meetings with local people are designed to promote awareness about forest conservation in a key Giant Nuthatch site particularly reducing fuelwood cutting by introducing ways of using agricultural residues and more efficient cook stoves. The booklets of bird lists produced by Kalaw Bird Guides Group could be used as supporting documents to use in birding tour businesses and by local amateur bird watchers.