This study was developed in response to a locally-identified need among the Ju/’hoansi people (or Kung Bushmen) of the Nyae Nyae Conservancy in order to help develop effective strategies to reduce human-elephant conflicts in the area. 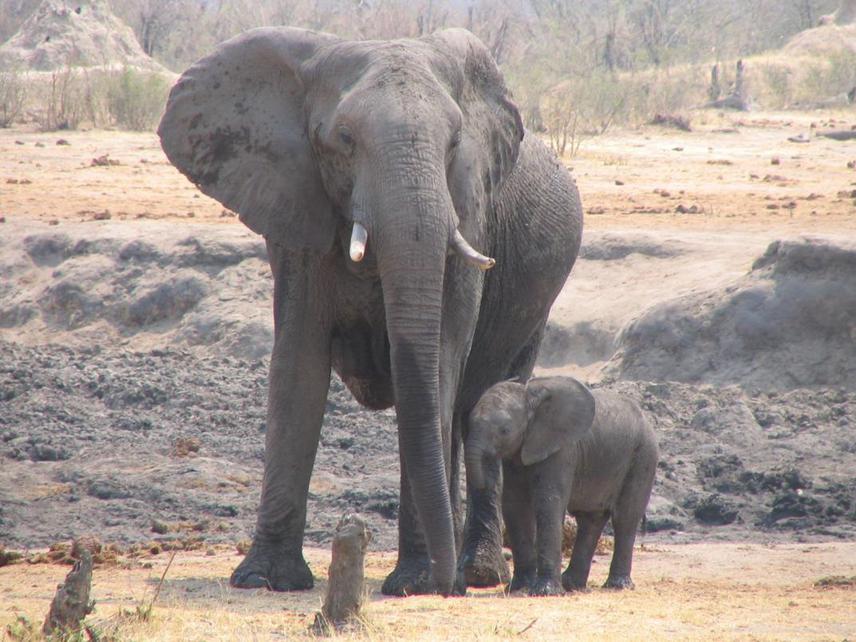 The Nyae Nyae Conservancy, which comprises approximately 9000 km2, was one of the first communal conservancies to be established in Namibia in 1998. The community consists of about 2300 people, mostly of the Ju/’hoansi ethnic group. However, this conservancy is faced with considerable challenges in making sustainable development a reality, one of which is the problems caused by elephants during the hot dry season, including damage to water installations and injuring or killing people.

Elephants pose a considerable threat to the sustainable livelihoods of many rural Namibians and have been known to destroy crops, damage water points and injure or even kill humans (Lindeque, 1995; O’Connell-Rodwell et al., 2000). However, the persistence of elephant populations is of concern to conservationists because 80% of the elephant’s range lies outside protected areas (Hoare, 2000). Thus, with increasing populations of humans living in rural Africa, the relationship between elephants and people is becoming a growing conservation concern (Tchamba, 1995).

This project will investigate the social and environmental factors affecting occurrences of human-elephant conflicts in the Nyae Nyae Conservancy and will evaluate current measures to ameliorate problems. The study will increase the conservancy’s capacity for more efficient use of natural resources, notably elephants, by providing a recommended localised strategy for elephant management that will allow a more harmonious relationship between people and elephants.

1) To investigate the behaviour of elephants at waterholes;

2) To analyse historical records and current incidents of human-elephant conflicts;

3) To review existing methods of ameliorating these conflicts; and

4) To use the results of this study as the backbone for an environmental education programme in the village schools in the community.

The fieldwork for study will be conducted between August and December 2005 with the participation of the local community and collaboration with local government and NGO representatives in the area. The project is supported by the Namibia Nature Foundation, the Wilderness Trust, the Rufford Foundation, CYMOT, Kalahari Car Hire and Satcom.