Reptiles and amphibians are two groups of vertebrates that contain many new discoveries, for instance, three new genera and more than 200 new species have been described from Vietnam since 2000. The number of recorded species from the country has strikingly increased from 545 in 2009 to 760 in the end of 2019. This research focuses on examining the diversity and ecology of reptiles and amphibians in unexplored or poorly studied evergreen forests in Xuan Nha Nature Reserve, Son La Province, Vietnam. Combining morphological and ecology data with spatial information of species assembly, we intend to evaluate the species richness and diet ecology of herpetological in Son La Province. Further new country records and even new species are expected to be discovered in this region. 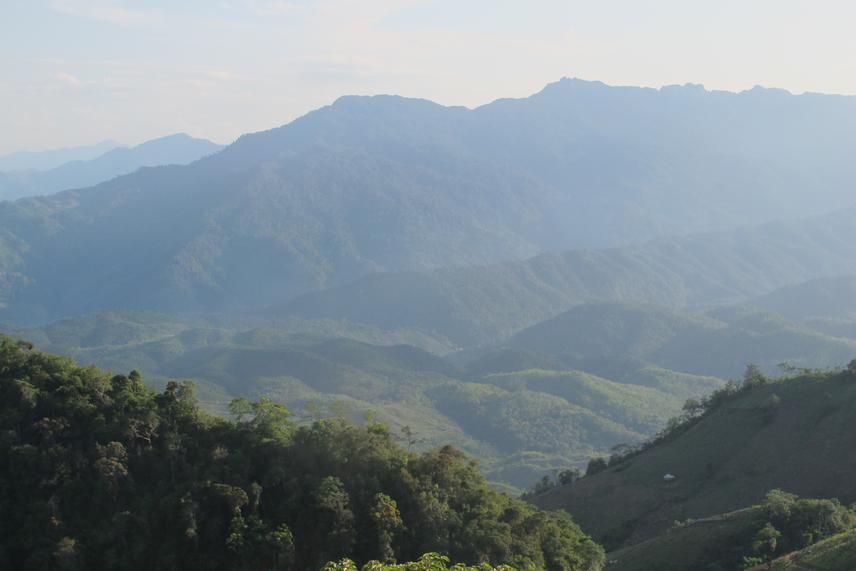 Vietnam is one of the most well-known countries in the world in terms of herpetofaunal diversity with a total of about 760 recognized species of reptiles and amphibians (Frost 2020, Uetz et al. 2020). However, reptiles and amphibians are threatened by extinction, and major threats to their populations are habitat loss and overharvesting for human consumption. Being predators at the upper end of trophic pyramids and due to their territoriality, and limited locomotion, reptiles and amphibians cannot evade disturbances and active recolonization after local extinction is very slow. In addition, we lack basic data (e.g., community composition, distribution) to inform conservation efforts. In Vietnam, taxonomic, geographic and ecological knowledge of reptiles and amphibians in many areas is still limited, particularly fossorial taxa or forest canopy specialists. Moreover, remote forest areas in the border between Vietnam and Laos, which are considered areas with a high level of biodiversity.

Field surveys will be conducted in different forest types in Xuan Nha Nature Reserve. Survey transects will be set up along streams, pools, small ponds, caves or along forest paths within this area. As Xuan Nha Nature Reserve is also recognized as key biodiversity areas in the northern Indochina limestone conservation corridor of the Indo-Burma Biodiversity Hotspot, threats to the herpetofauna and unique ecosystem will be documented during the field work. Through student supervision and on-the-job training in the field, I would like to transfer my knowledge and skills in biodiversity inventory and conservation to the staff of protected areas.

• Identification of important sites for conservation, we will base on the diversity of species, number of endemic and rare species, area and quality of forests, and impact level.

• Identification of important species for conservation include the species listed in the Red Data Book of Vietnam and IUCN Red List, and the species group which is being collected by local people for food, medicine, trade etc.

• Evaluation of major threats to the herpetofauna, we will base on field survey process such as habitat loss and degradation, collecting amphibians for food and reptiles (e.g., gecko, snakes and turtles) for traditional medicine and trade etc.

• These conservation recommendations will be communicated to the local community through meetings with local mannegers viz. chairman of the commune, the directorates of Xuan Nha Nature Reserve, village heads, school principals, park ranger etc.