Behavioural Conditioning as a Tool for Reducing Human-Crocodile Conflict

Crocodile attacks on humans and livestock remain a surprisingly common occurrence in many parts of the tropics. We hope to reduce the incidence of attack by altering crocodile hunting behaviour using a cheap and simple automated training device. 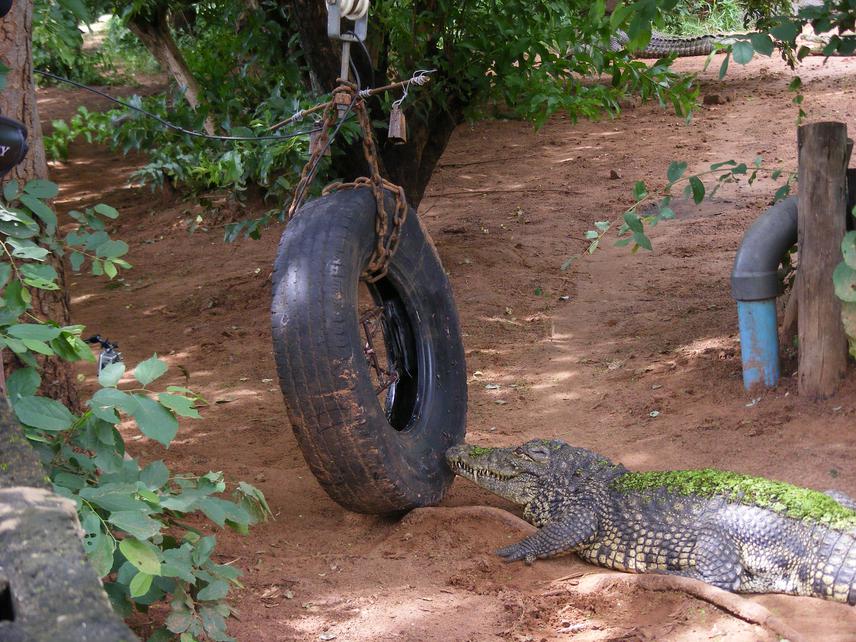 Human-crocodile conflict has negative implications for wildlife conservation and rural development. Current conflict mitigation strategies such as capture and translocation or the construction of crocodile proof harbours are suboptimal due to a variety of intrinsic issues (crocodile homing instincts, prohibitive costs etc).

We plan explore the potential of a novel, low-cost method of reducing crocodile attacks on humans and livestock based on the modification of wild crocodile hunting behaviour by means of a combination of classical and operant conditioning. The method involves the establishment of an association between a previously neutral stimulus (bell ringing) and an unpleasant experience (electric shock) so that the conditioned stimulus (bell ringing) elicits a fear response. Positive punishment (electric shock) reinforces the negative association between feeding behaviour and ringing bells, and encourages crocodiles to retreat from the sound of ringing bells. A pilot study to test the concept was carried out in 2012/2013 during which we tested a prototype training device on wild and captive crocodiles. The field trials were encouraging, and preliminary findings suggest that crocodiles can be discouraged from hunting in close proximity to humans and livestock through the use of predefined associations and simple cues.

In 2015 we plan to start a more robust experiment to scientifically quantify the effectiveness of the concept in a real world setting. This next phase of the project has been made possible through the Rufford Small Grants Program and the Namibian Ministry of Environment and Tourism. The project will be based along the Okavango River in Mahango National Park in Northern Namibia and the actual experiment will involve the deployment of three training devices within the home range of several tagged crocodiles (both satellite and radio tags will be used). Crocodile movement patterns and their reaction to the devices will be monitored over the course of a year and both spatial data from the tags and direct observational data will be analysed.