Conservation of Velvet Scoter on Tabatskuri Lake in Georgia

Lake Tabatskuri in Georgia holds a geographically isolated breeding population of Velvet Scoter (Melanitta fusca, Vulnerable on IUCN Red List). Intensive observations revealed that only 25-35 breeding pairs are present, however, breeding success is quite poor. Hence, the long-term survival of this population of Velvet Scoter remains at risk. This project aims to determine the direct causes of the Velvet Scoter poor reproductive success by monitor illegal activities, study the competitive interaction of scoters and gulls, systematically monitor on broods and raising awareness of local residents to safeguard the Scoters future at its last location in Georgia. 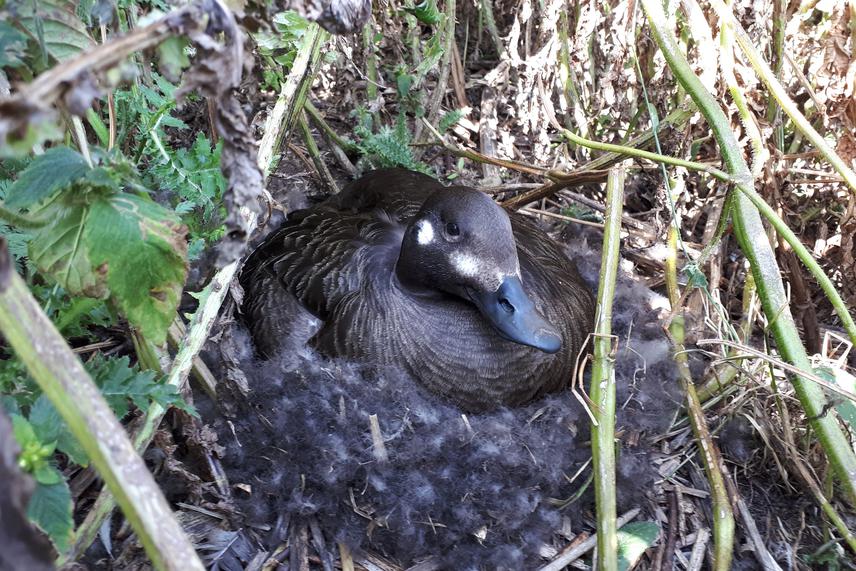 During the project, we will produce and set up a warning/prohibition sign on the island in order to keep the visitors away during the incubation time. We will prepare also brochures with information about the status of Velvet scoter, the factors that threaten their future survival and how local people can contribute to reducing these threats. We will distribute the brochures in the local community. In addition, we will conduct 10-minute educational talks for local school children. In order to spread information about the Velvet Scoter, we will use social networks and Georgian magazine.

In order to detect potential breeders and identify the main threats, we will count the breeding pairs of Velvet Scoter twice in late May and once in early June and observe competitive communication between them and other species of birds, a reaction on fishermen boats and other disturbing factors.

At the beginning of the incubation time (usually July) we will move on the island, detect the suitable nests of Velvet Scoters and set up 4-5 camera traps to monitor illegal activities and study competitive interaction of the Velvet Scoters and Armenian gulls. We will concentrate our observations on broods during the first three weeks after their entering the water (presumably in August). The project team will divide into two teams and the whole study area will be observed simultaneously throughout the day. We will count the number of broods and duckling in each brood and monitor any communication or interactions between them and other species of birds, and the reactions of them to other species of birds and to fishing boats which came close to them. After finishing the fieldwork, we will publish the results in an International Scientific Journal and at the final stage, we will prepare the final report.