This study aims to primarily document the herpetofauna of the lava tubes (Dong Nai and Dak Nong provinces) and karst caves (Kien Giang Prov.) in Southern Vietnam to create and share the baseline data as taxonomic descriptions, photos, conservation status to local authorities. The reasonable evidence on biodiversity level will be used as a foundation to protect the cave and their biodiversity from human activities by suggesting the official sustainable management.

In addition to sharing data, at least one local ranger in each site will join us during the field works and he/she will be instructed the basic skills to identify amphibians and reptiles in the caves. Also, posters of amphibians and reptiles corresponding to results obtained in the lava tubes (in Dong Nai & Dak Nong) and karst caves (in Kien Giang) will be supported for local authorities to fill the herpetofauna knowledge gaps of the public. 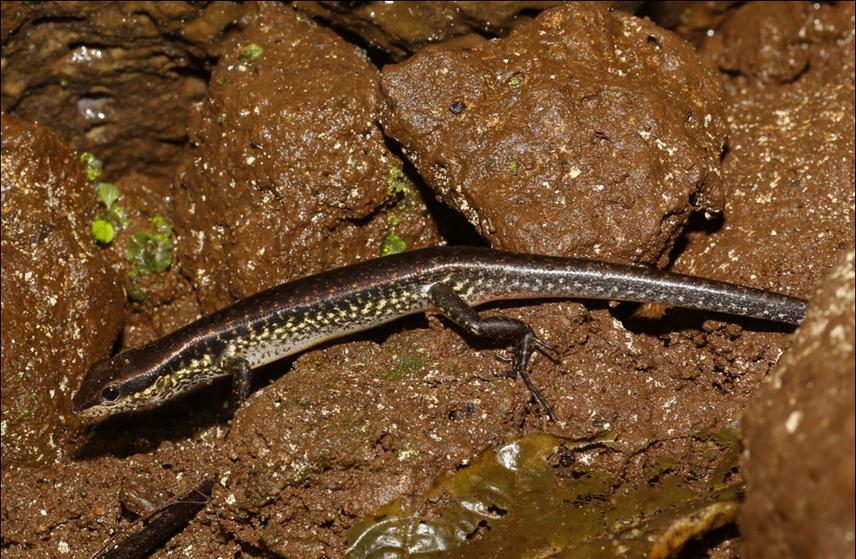 Caves are isolated from each other on both karst and lava fields, which can be considered an island with their own peculiarities of herpetofauna biogeography. Also, the peculiar habitats without sunlight contain specific ecosystems inhabited by peculiar amphibians with specialized physiological and behavioral adaptation.

Herpetofauna relating to cave in Vietnam has received 24 recent new species in the last fifteen years. However, data of the lava tubes in Dong Nai and Dak Nong Province and karst caves in Kien Giang Province in southern Vietnam has not been studied, but already face threats from human activities (quarrying for cement production or tourism development). The areas are highly diverse in terms of fauna and should be conserved. This research will primarily be cataloguing the herpetofauna of the lava tube and karst caves in the research areas to create the baseline data to achieve sustainable use of the cave. Also, new findings on taxonomy, ecology, and distribution of trogloxenes species are expected. And at least one local officer in each site will has the basic knowledge on the herpetofauna of caves.

Thirty-four caves will be selected for sampling in the study, of which eight lava tube caves are in Dak Nong, nine lava caves are in Dong Nai, and seventeen karst caves are in Kien Giang. A modified cruising with visual-encounter methods will be used in the caves during daytime and nighttime with headlamps to search for amphibians and reptiles in terrestrial and aquatic habitats, such as entrances and vicinity, under rocks, walls, ceilings, on the ground, cave stream and mud banks. Surveyed team will systematically traverse the cave from the entrance to the farthest point as possible. Using morphological data for identifying species is fast, convenient, and effective. However, dealing with difficultly recognized species, we will use DNA analysis to support the identification.

A brief protected proposal of threatened species (if any) and selected caves will be provided to local authorities as conservation outcomes of the project. Also, the selected caves (among 34 caves) in the capacity of local herpetofauna hotspots will be outlined. Reasonable suggestions to protect the caves from human activities could be based on these data.