Assessing the Effectiveness of Freshwater Habitat Management in Serbia through Population Parameters, Genotoxicity and Parasite Analyses of European Pond Turtle

The main aim of this project is to give an evaluation of freshwater habitats quality and effectiveness of their management. Six populations of European pond turtles will be studied, two of which are placed in protected and four in unprotected areas, located across its extent of occurrence in the Republic of Serbia. Gathered data will be crucial in creating a suitable population management plan for the species in Serbia and will be used to give an evaluation of the conservation status of the European pond turtle on a national level. Also, we will actively work on promotion of freshwater habitat conservation, that will endeavour to achieve the raised level of public awareness and knowledge regarding this topic in Serbia. 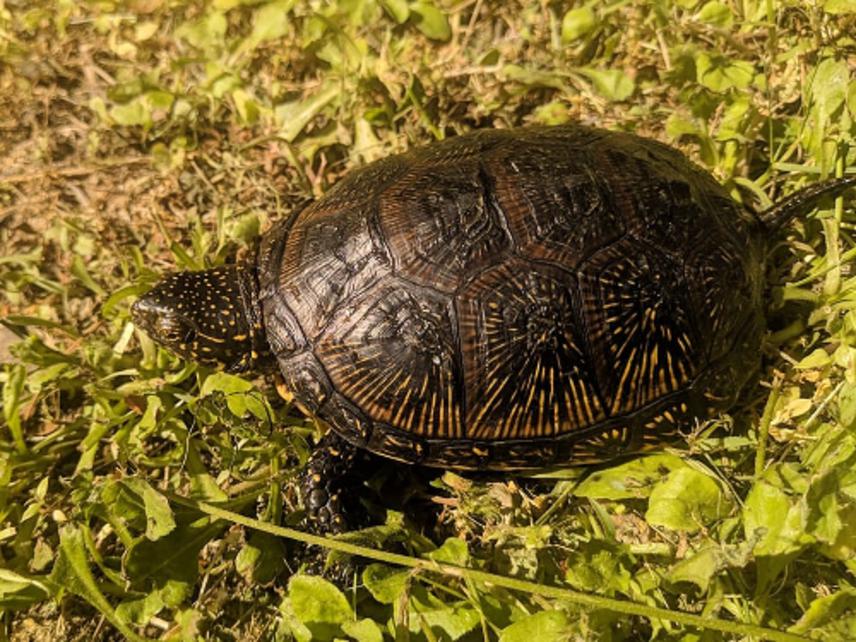 Wetlands are habitats of great importance for the conservation of biodiversity. Yet recently, their quality is compromised. We will give an evaluation of freshwater habitats quality and effectiveness of their management, by studying population parameters, genotoxicity and parasite loads of European pond turtles in two protected and four unprotected areas across Serbia. By continuation of the long-term population studies, we will be able to get necessary data on population sizes and trends for European pond turtles, which are considered to be crucial in creating a suitable population management plan. We will also have an insight into the health risk of every population after the analyses the parasite loads and DNA damage. This will be shown trough results of micronucleus test, which can be used as a tool for early detection of habitats genotoxic pollution in the ecological risk assessment.

The results will have profound implications for the way we protect freshwater wildlife. Officials and local decision makers will be reached if we confirm the presence of threatening factors in the field, and if immediate action is needed. Raised public awareness and the level of knowledge on the importance of freshwater habitats and occurring problems will be achieved via lectures, educational video, promotional material, as well as the internet promotion of the project.