Study on Diversity and Conservation of Fern Species on Limestone Karsts and Caves in Vietnam. (Phase 2. Endangered, Rare Species of Ferns in Hagiang & Hoa Binh)

Understanding the biodiversity values and conservation status of the limestone flora in general and the shield fern family Dryopteridaceae in particular; and orienting the conservation of endangered and endemic species are on the danger of extinction. Four main practical conservation outputs from this work. First, conservation status and determine threats to these endangered and endemic species on the limestone areas of Vietnam; second, trained local people, foresters with increased awareness about protecting these species and forest conservation; third, propagation from spores to produce young plants of threatened species; and four, an assessment of the long-term effect of current conservation practices on future conservation of the Vietnamese ferns and forest as well. 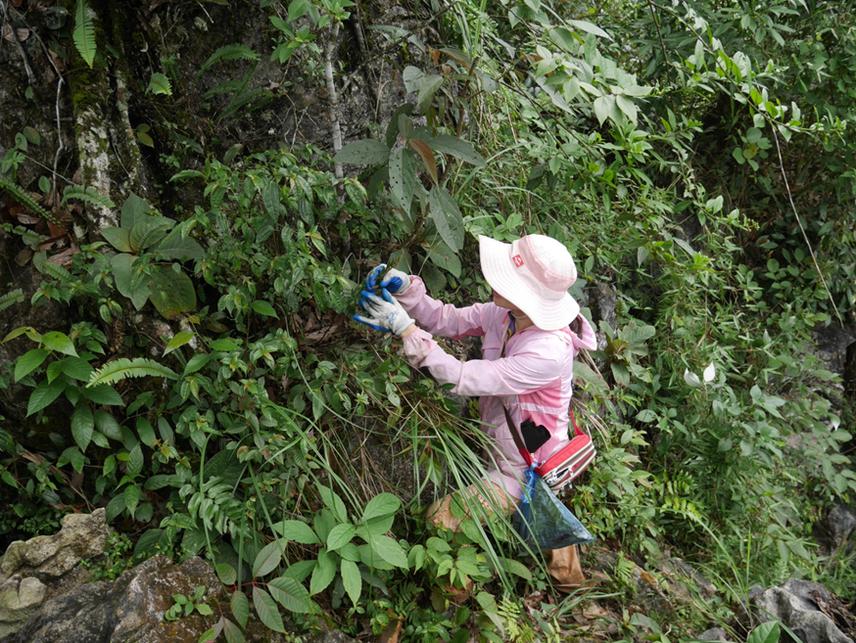 Limestone forest ecosystems become endangered by less attention to protection and are affected by humans. Some species are being lost, leading to the risk that species distributed only in certain areas will become extinct over time. In addition, limestone vegetation is also more vulnerable because it recovers much slower in non-limestone conditions. The project site is Ha Giang province with high biodiversity, but due to many ethnic minorities living, backward farming practices, some of the forest resources have been exhausted, due to repeated shifting cultivation if this repeats continuously, the vegetation is mainly shrubs and grasslands.

The project chose ferns to study because compared with angiosperms, the research on the diversity and conservation status is much less. Moreover, this is one of the most affected groups if the environment is affected, ferns are also the group that needs water during reproduction so the adverse changes of the climate or in conditions of water shortage, the process of forming new individuals is not formed. We pay attention on caves and limestone habitats but focusing on Hagiang province, especially Bat Dai Son Nature Reserves of Dong Van Karst Plateau UNESCO Global Geopark. We also used main traditional methods such as, field investigations and species description; herbarium studies; expert consultant; participatory Rural Appraisal (PRA) tool and Ex-titu and In-situ methods to reach the orienting the conservation of endangered and endemic shield species are on the danger of extinction. Of which, community-focused element is one of the main keys of this project. I re-emphasized by adding information in the method part and Team description. The project is clearer about conservation task while focusing on endangered (EN) Cyrtomium hemionitis and endemic Polystichum hagiangensis.