Exploring the Causes of and Mitigation Options for Human-Predator Conflict on Game Farms in Botswana: Is Coexistence Possible?

The aim is to determine the drivers of human-predator conflict on game ranches and the potential solutions to reduce stock losses and increase the benefits associated with predators, thereby enabling coexistence between game ranchers and predators in Botswana. 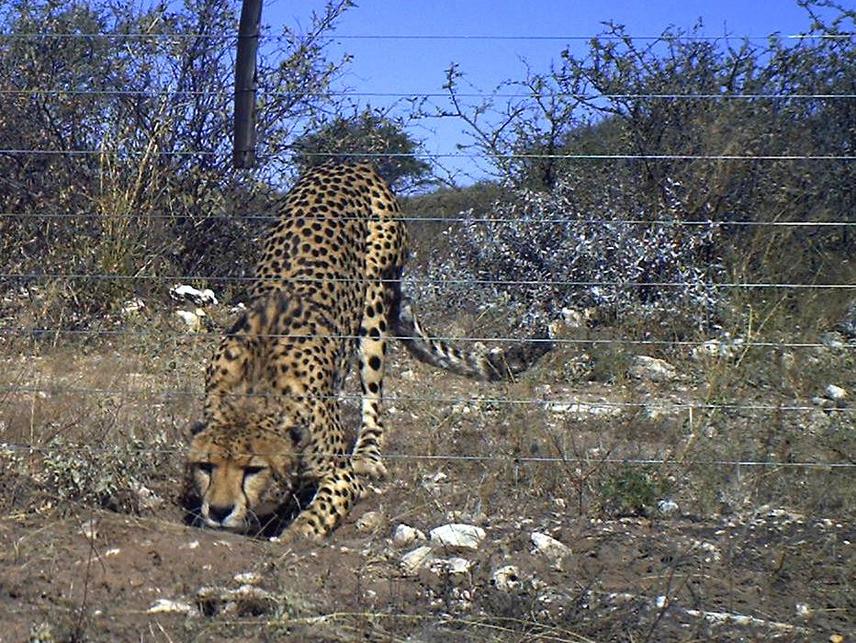 Available habitat for African wildlife has increasingly been encroached upon by human settlement and agriculture, causing much of the remaining biodiversity to be restricted to fragmented patches. Game ranching has been promoted as an alternative land use which possesses ecological and biological advantages over cattle ranching and may be a means to protect vast areas of land for species conservation. The introduction of the game ranching policy in Botswana in 2002 which allowed private ownership of game, has enabled the industry to grow from 17 ranches in 1999 to currently over 100 registered ranches. However, despite the potential benefits to vegetation and game populations, the relationship between game ranches and free ranging large predators is relatively unstudied.

Traditionally predators have been considered ‘vermin’ and up until the 1960’s attempts were made to eliminate them in national parks and reserves in order to protect the game. This conflict still exists; the farmers’ livelihood the stocked game, are the predator’s natural prey, therefore, depredation can be substantial, difficult to prevent and may result in a negative perception of predators and their indiscriminate removal. With the rapid increase in the number of game ranches in Botswana there is an urgent need to mitigate conflict and encourage coexistence between game ranchers and large predators.

This project will conduct interviews to discuss the major issues affecting large predator conservation on private ranch land in comparison to commercial livestock farmland. The potential solutions such as game management techniques, the utilisation of predators in eco-tourism and trophy hunting and the effectiveness of the translocation of problem cheetahs will be discussed.

The results will be incorporated into the national and regional predator management policies and will be used to develop and implement predator-friendly solutions to conflict on commercial farmland.