The project aims to provide a fundamental population-genetic base for the development and/or enhancement of coastal and marine management strategies for Cephalorhynchus heavisidii.

Cephalorhynchus heavisidii is endemic to the west coast of southern Africa, and can be regarded as a close-inshore species. Little is known about this species’ biology and behaviour as most of what is known comes from opportunistic research rather than rigorous studies. The IUCN Red List assessment (Reeves et al. 2008) regards this species as “Data Deficient”, with little information as to population biology, threats, rate of decline and ultimate risk of going extinct in the near future. 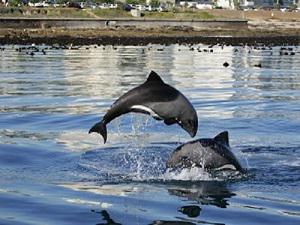 Very few studies on cetacean genetics have been conducted in South Africa, with only a single genetic study dedicated to Heaviside’s dolphins (Van Vuuren et al. 2002). The study of Van Vuuren et al. (2002) was a preliminary genetics study with only a few animals collected from Namibia and South Africa (n=53) that showed low levels of genetic variation between South Africa and Namibia which was supported by a low ФST value, suggesting genetic homogeneity within the species. It was concluded that further studies using larger sample sizes would be required to confirm this. 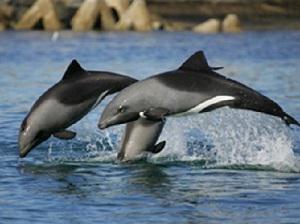 The current research project aims to provide insights into the population genetic structure, population connectivity, and gene flow in Heaviside’s dolphin within the large distribution range. Whilst increasing human exploitation and consumption of natural biological resources are posing significant threats to these dolphins, the development of biotechnologies has enabled the use of conservation genetics to help guide effective management decisions in order to implement sustainable economic development practices whilst allowing effective ecosystem functioning (Peddemors 1999). Conservation genetics hence provides important tools for the assessment of genetic structure, connectivity and gene flow in a poorly researched species that might be at risk of human threats.

Based on established suitable genetic markers (mitochondrial DNA and microsatellites), our work will investigate the pattern of population genetic structure for the species along the west coast of southern African including south Namibia, and will assess the rate of gene flow, which in turn will provide a quantitative measure of population connectivity for the species.

Determining the genetic relationship between the different populations of the species will help identify management units which are fundamental to any management strategy, as well as provide the means for defining the species conservation status. This will significantly enhance the regional understanding of this species which will ultimately allow for a comprehensive foundation for the development and/or enhancement of coastal and marine management strategies.