Understanding and Mitigating Bushmeat Hunting and Consumption in Malawi

The illegal bushmeat trade represents a major threat to biodiversity, but little is known about the magnitude of this threat outside of forest regions or how it can be countered. Malawi is thought to experience high levels of bushmeat poaching but no research has been conducted on this issue thus far. Our project aims to address this pressing issue by focusing on four protected areas in Malawi. We aim to establish baseline levels of both bushmeat hunting and consumption, and establish the socio-economic drivers of each. This will enable us to identify suitable interventions that incorporate community preferences, and therefore foster compliance and sustainability. Our final aim is to use this data to facilitate decision-making among stakeholders to develop an action plan to combat bushmeat hunting in Malawi, with specific reference to which interventions are most sustainable and effective. 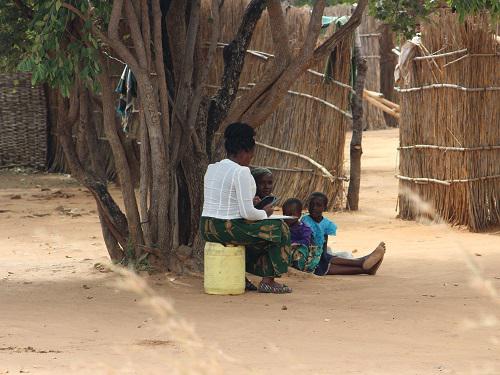 Illegal bushmeat hunting is a severe threat to wildlife in many parts of the world. However, given this practice’s links with food security it is an especially complex problem. Research from southern and east African countries has indicated that bushmeat is ranked as the top threat to biodiversity in many savanna areas, ahead of threats such as deforestation and habitat fragmentation. Such research as is available for savanna regions have shown local animal population collapses due to overhunting. Malawi is no exception and despite the large number of protected areas, many mammal species are thought to have drastically declined in numbers, although data is deficient for almost all areas. Bushmeat hunting in Malawi has received very little scientific attention however.

This project aims to provide this much-needed information by conducting community-based surveys around four protected areas in Malawi, namely Nkhotakota wildlife reserve, Nyika national park, Vwaza Marsh wildlife reserve and Majete wildlife reserve. We will be conducting over 1500 household interviews and exploring the prevalence of both bushmeat hunting and consumption, using innovative methods such as the Unmatched Count Technique. The prevalence of these activities can then be linked to socio-economic drivers. We will also be evaluating current and future projects implemented to address this problem, such as income-generating activities and livestock projects. This will be presented in the form of scenarios, and evaluated by community perceptions and buy-in.

Finally, we will be conducting workshops with all local stakeholders to discuss the results of these surveys and come up with an action-plan for mitigating bushmeat hunting in Malawi via community-based projects. National parks included in this study can therefore function more effectively to conserve wildlife. By helping to develop a science-based action plan based on the results of this project, this work will actively be used by conservation managers to conserve a wide variety of small to medium-sized mammal species targeted by bushmeat hunting and facilitate the recovery of keystone species such as lions and elephants by reducing snaring.